Having won just twice all year in the Premier League, Brighton have been dragged into the scrap at the bottom and they fell behind to Dan Gosling’s 33rd-minute strike — his first league goal of the season.

Ryan Fraser’s fine finish after a swift Bournemouth counter attack 10 minutes into the second half doubled the visitors’ advantage.

Brighton’s miserable afternoon continued as Anthony Knockaert was given a straight red card for a nasty lunge in the 68th minute.

The home defeat means Brighton remain five points clear of Cardiff in 18th, having played a game less, with the pair meeting on Tuesday in a crucial relegation battle, while Bournemouth moved on to 41 points and are all but safe.

“There were some strong words said in the changing room like there should be,” Brighton defender Dale Stephens said. “We just need to make sure it was just a one-off.”

Brighton came into the contest having lost three of their last five Premier League home games and they never looked like rectifying that poor run.

Josh King went close early on before Gosling opened his Premier League account for the season after being picked out by King.

Following the break, the floodgates opened after Fraser’s fine finish from 18 yards, before Knockaert’s needless lunge ensured Brighton saw out the final 22 minutes with 10 men.

Brighton left the pitch to a chorus of boos, while Bournemouth’s players celebrated a result that should preserve their top flight status.

“It feels like we’ve been stuck on 38 points forever,” Fraser said.

“We were lacking a bit of confidence recently but hopefully we can grow from today’s game and now we can try and beat Bournemouth’s highest ever Premier League points tally.”

‘Sad’ Prince Harry says no other option but to end royal... 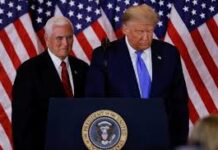 Democrats in Congress to begin drive to force Trump from office... 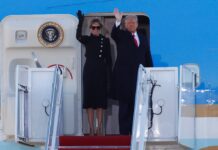