NEW DELHI: Lenders to Jet Airways India Ltd. proposed a bailout of the beleaguered carrier, potentially paving the way for a revival of the airline that was on the verge of collapse.

Mumbai-based Jet Airways, which needs 85 billion rupees ($1.2 billion) to help it get back on its feet, will be revamped with banks becoming the biggest shareholders of the company, according to a filing Thursday.


The restructuring would involve a mix of debt-to-equity swap, new capital infusion and asset sales, the company said, without elaborating.

The proposal, reached after weeks of negotiations, may provide a respite to the struggling carrier, part-owned by Etihad Airways PJSC.  Jet Airways still faces intense competition from low-cost rivals, high fuel costs and levies —  conditions that have brought it to its knees. It has more accumulated losses than any publicly-traded Asian airline apart from Pakistan International Airlines Corp.


Shares of the carrier rose as much as 7.5 percent Friday, paring losses in the past year to 68 percent. The company’s market value of about $381 million.

The proposed bailout, advanced by State Bank of India, needs approvals from all lenders, a banking industry group, Jet Airways’ founder Naresh Goyal and the board of Etihad, according to the statement. Jet Airways has called for an extraordinary general meeting on Feb. 21 to seek shareholder consent for the deal and to name lenders’ nominees to the board.

The rescue also shows how crucial it is for Prime Minister Narendra Modi with looming national elections. Any agreement to avert a disaster would spare him the embarrassment of a failed business on his watch and help save 23,000 jobs.

Modi won elections in 2014, with creating jobs as one of his key campaign platforms.

Banks will own 114 million shares of Jet Airways after the restructuring. Thursday’s statement that came after trading hours didn’t say how much Goyal and Etihad would hold. The founder-chairman currently owns 51 percent, while Etihad has 24 percent.

Etihad acquired the stake in Jet Airways in 2013 as part of its hunt for fast-growth markets around the world. But, India proved to be a tough market to crack despite world-beating passenger numbers, as provincial taxes of as much of 30  percent makes jet fuel the costliest in Asia.

On top of that, a slew of budget carriers including market leader IndiGo have lured passengers with low-cost, no-frills and on-time flights, forcing Jet Airways to resort to discounts. A price-sensitive consumer base that refuses to pay a premium for in-flight meals and on-board entertainment also means pressure on margins.

Jet Airways, one of the first private Indian airlines to dominate the local market after the government ended state monopoly in the early 1990s, has now been forced to cancel flights to smaller destinations as it falls behind on payments to creditors and employees. It had 80.5 billion rupees of net debt as of Sept. 30.

The rescue package is reminiscent of a similar bailout of Kingfisher Airlines Ltd. in 2011, when lenders including SBI converted existing debt into the loss-making company’s shares. But the carrier shut down three years later.

Competition and high costs triggered Kingfisher’s collapse, while state-owned flag carrier Air India has needed repeated bailouts. Even budget airline SpiceJet teetered in 2014 before its founders returned to gain control and revive the company. Jet Airways has reported losses in all but two of the past 11 years.

Although banks, with their stake in Jet Airways and representation on the board, will have more say in its operations, the Kingfisher episode underscores the perils posed by this move. Lenders in India have already been under pressure from regulators to clean up about $120 billion of soured debt.- Bloomberg 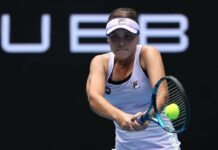