(Reuters) – Venezuela’s state-run PDVSA has shipped 1 million barrels of oil to Cuba days after the United States imposed fresh sanctions on vessels and firms involved in exports to the island in an effort to halt oil trade between the political allies, according to a PDVSA document and tanker tracking data.

Tanker Trident Hope left Venezuela’s Jose port on Wednesday, and the S-Trotter tanker left on Thursday, both bound for Cuba’s state-run company Cubametales. The first one is carrying 600,000 barrels of Venezuela’s Zuata 300 crude and the second one is set to deliver 400,000 barrels of Merey crude.

Washington last week sanctioned 34 vessels owned or operated by PDVSA as well as two companies and a vessel that have previously delivered oil to Cuba, aiming to choke off a crucial supply of crude to the Communist-run island. 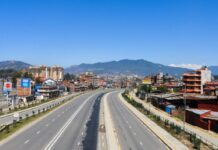 Restriction Order In Valley From Today

Twitter scammers just wanted money. But what if they had worse...