PORAC (Philippines)(AP): A new powerful earthquake hit the central Philippines on Tuesday (April 23), a day after a magnitude 6.1 quake rattled the country’s north and left at least 16 people dead, including in a collapsed supermarket, where rescuers scrambled to find survivors.

The US Geological Survey put the magnitude of Tuesday’s quake at 6.4, while the local seismology agency said it was 6.5.


The quake was centred near San Julian town in Eastern Samar province and prompted residents to dash out of houses and office workers to scamper to safety.

There were no immediate reports of casualties or major damage from the new quake.

Classes and office work were suspended in San Julian, where cracks on roads and small buildings and a church were reported.

Power was deliberately cut as a precaution in the quake’s aftermath, officials said.

“We’re all very happy, many clapped their hands in relief because we’re still finding survivors after several hours,” Porac Councilor Maynard Lapid said by phone from the scene, adding that another victim was expected to be pulled out alive soon.

Jalad said at least 15 people died in Pampanga province, including those who perished in Porac town.

A state of calamity was declared in Porac to allow contingency funds to be released faster.

A child died in a landslide in nearby Zambales province, officials said.

At least 14 people remained missing in the rice-growing agricultural region, most of them in the rubble of the collapsed supermarket in Porac, while 81 others were injured, according to the government’s disaster-response agency.

The four-storey building housing the supermarket crashed down when the quake shook Pampanga as well as several other provinces and Manila, the Philippines’ capital, on the main northern island of Luzon.

More than 400 aftershocks have been recorded, mostly unfelt.

Clark airport was closed temporarily because of damaged check-in counters, ceilings and parts of the departure area, airport official Jaime Melo said, adding that seven people were slightly injured and more than 100 flights were cancelled.

In Manila, thousands of office workers dashed out of buildings in panic, some wearing hard hats, and residents ran out of houses as the ground shook.

A traffic-prone Manila street was partially closed after a college building was damaged by the quake and appeared to tilt slightly sideways toward an adjacent building, officials said.

Many schools and government offices, including courts, in the densely packed Manila metropolis were closed Tuesday to allow inspections of their buildings.

Philippine seismologists said the back-to-back quakes in the last two days were unrelated and caused by different local faults.

One of the world’s most disaster-prone countries, the Philippines has frequent earthquakes and volcanic eruptions because it lies on the so-called Pacific “Ring of Fire,” a seismically active arc of volcanos and fault lines in the Pacific Basin. 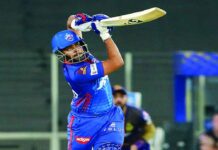 Criticism mounts as Interpol set to elect Russian as president 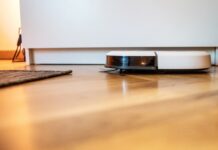 Vacuum robots are a dream come true, but they can’t work...