BERLIN (Reuters) – Global powers have become so diverted by populism and domestic discontent that they lack the capacity or inclination to defend human rights or even investigate suspected war crimes, global pressure group Human Rights Watch said on Thursday.

The United States and the largest countries of the European Union, which since the days of the Cold War have used human rights rhetoric as a core foreign policy tool, were no longer so reliable as partners, the group’s head, Kenneth Roth, said.

Launching its annual survey of the human rights situation around the world, Roth said the task of standing up to oppression was increasingly falling to domestic pressure groups.

“Trump was too busy embracing the autocrats whom he sees as friendly,” Roth said in an interview before the report’s launch. “Britain was completely preoccupied by Brexit. French President (Emmanuel) Macron talks a good game but really didn’t implement.

France, Britain and the U.S. had not engaged with HRW when it had approached them with proposals for a human rights investigation of war crimes committed in Yemen, where Saudi-backed forces are waging a bloody war, Roth said.

The U.S. had been “nowhere to be seen” on the matter while a Brexit-burdened Foreign Office had “no bandwidth” for anything else, he said.

In the end, the investigation took place, pushed by a loose coalition of countries led by the Netherlands, he said.

The British, French and U.S. governments did not immediately respond when asked about Roth’s comments.

The emergence of ad hoc coalitions of countries and domestic activists groups delivering a strong “human rights pushback” was a key theme of the group’s 674-page World Report, launched in Berlin on Thursday.

Roth pointed to street campaigns against attacks on democracy in Europe and efforts to prevent massacres in Syria and to bring to justice perpetrators of ethnic cleansing in Myanmar as examples of successes notched up in this way.

The 57 countries of the Organisation of Islamic Cooperation (OIC), traditionally silent on human rights issues other than in Israel, had also emerged as an ally, speaking up for their Rohingya co-religionists facing persecution in Myanmar.

But it remained to be seen if the OIC would raise its voice for the million Uighur Muslims being detained in so-called re-education centres in China, a situation Roth said was the world’s most overlooked human rights crisis.

“Can they take the next step and defend another huge group of Muslims facing persecution when it’s not a tiny little government like Myanmar that’s persecuting them but great big China?” he asked. 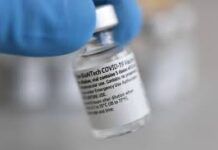 At least 35 people at wedding party killed during nearby Afghan...