OTTAWA (Reuters) – A major bloc of Latin American nations and Canada will discuss on Monday how to maintain pressure on Venezuelan President Nicolas Maduro to hold new elections as he faces widespread calls to resign after last year’s disputed presidential vote.

Sources briefed on the matter said that the 14-nation Lima Group looked set, though, to hold off imposing further sanctions on the Maduro government when it meets in Ottawa.

Most group members say Maduro should quit in favour of opposition leader Juan Guaido – who declared himself interim president last month – and are calling for a new presidential election in the troubled OPEC nation.

The United States, which is not a member of the group, also wants Maduro gone.

“How can we continue to support the opposition to keep the pressure up on the regime and push for new elections? Certainly that’s something we’ll be looking at,” said a Canadian government official.

Maduro, who has overseen an economic collapse and the exodus of millions of Venezuelans, said in an interview that aired on Spanish television channel Antena 3 on Sunday: “We don’t accept ultimatums from anyone,” adding: “I refuse to call for elections now – there will be elections in 2024.”

Maduro, who has maintained the critical support of the military, has said Guaido is staging a U.S.-directed coup against him.

Monday’s meeting in Ottawa will also discuss how to aid the people of Venezuela, including through immediate humanitarian assistance, said the office of Canadian Prime Minister Justin Trudeau.

Last month, the Lima Group announced a travel ban on senior Venezuelan officials and a freeze on their foreign assets.

The Canadian source, who requested anonymity given the sensitivity of the situation, declined to comment when asked whether more punitive measures could be imposed.

Two sources briefed on the talks said such an announcement was unlikely for now.

Trump, in an interview that aired on Sunday, said military intervention in Venezuela was “an option.”

Trudeau spoke on Sunday to Guaido and the two “discussed the importance of the international community sending a clear message regarding the illegitimacy of the Maduro regime,” Trudeau’s office said.

The challenge for participants is that Mexico, a member of the Lima Group, opposes any measures to oust Maduro, who also has the backing of Russia, China and Turkey.

While European Union governments will soon move to recognise Guaido as interim president, members are set to use cautious language for fear of setting a precedent for political crises, said diplomatic sources.

That does not sit well with nations such as Columbia, which neighbours Venezuela.

“The most important issue now is to get Europe in line and to deepen the isolation of Venezuela and its backers,” said a government official in Bogota, who spoke on condition of anonymity. 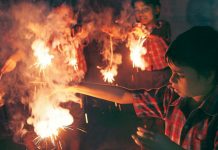 ﻿Vietnam says being chosen to host second Trump-Kim summit is a...