NEW DELHI (The Statesman/Asia News Network): The Badshah of Bollywood Shah Rukh Khan recently confessed to doing something least expected from him.

The actor, who is busy promoting his recently released film Zero, revealed that he once stole car tyres. Now that’s something someone wouldn’t expect the superstar of Hindi cinema would do.

The Dilwale actor didn’t shy away from admitting it in his recent interview with Radio Mirchi. SRK narrated the incident and said, “This once, I had a flat tyre.

This happened while I was on a drive and I won’t reveal the location, as I can still get caught. While I was fixing my first one, I realised that the other tyre of my car had also got punctured. Just then, I saw another car parked on the side of the road, which was the same as mine. So, I quickly took my punctured tyres and exchanged them with the tyres of that car.”

However, the actor was courteous enough to leave a thank you note for the owner of the car. “I also left a Thank you note on that car. I was really desperate and I usually don’t do this. It was a one-time thing only,” he further said.

Meanwhile, Shah Rukh Khan’s film Zero is struggling at the Box Office. Zero started off quite impressively but eventually saw a huge drop in the collections.

The storyline revolves around a love triangle involving SRK’s Bauua Singh, a vertically-challenged man, Anushka’s Aafia, who is suffering from cerebral palsy, and Katrina Kaif’s character as an alcoholic film star. 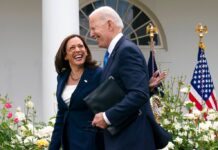 Biden ‘fit’ for duties after historic presidential transfer to Harris