WASHINGTON/CARACAS (Reuters) – The U.S. Department of Transportation on Wednesday ordered the suspension of all commercial passenger and cargo flights between the United States and Venezuela, citing reports of unrest and violence around airports in the South American country.

Many international airlines had stopped flying to Venezuela anyway because of security concerns and disputes over money they say the government owes them. But domestic airlines, including Laser Airlines and Avior Airlines, had been offering services to Miami.

Some Venezuelans also expressed concern about the impact of the ban on people receiving food and other provisions via cargo planes from relatives abroad to help them weather a humanitarian crisis.

In a letter to the Transportation Department requesting the halt, the Department of Homeland Security said “conditions in Venezuela threaten the safety and security of passengers, aircraft, and crew travelling to or from that country.”

Venezuela’s Information Ministry did not immediately respond to a request for comment.

Laser Airlines said it would maintain service to the United States through a layover in the Dominican Republic.

In a tweet, Laser said it would continue offering two flights between Miami and Caracas each day with layovers in Santo Domingo.

An Avior representative did not immediately respond to requests for comment.

Copa Airlines, which operates flights between Caracas and its international hub in Panama City that allow passengers to continue on to the United States, said in an email that its operations would not be affected by the measure.

But many of the millions of Venezuelans who have fled the crisis in recent years use U.S.-based companies to ship goods to relatives in the country via cargo planes, and the measure prohibiting direct flights could raise costs, said Marcos Gomez, Amnesty International’s Venezuela director.

“It was a small bit of hope,” Gomez said in a telephone interview, likening the U.S. measure to a form of “collective blockade.”

American Airlines Group Inc, previously the largest carrier providing service between the United States and Venezuela, in March said it was indefinitely suspending its flights to Venezuela.

The moves are part of a four-month-old campaign against Maduro as the United States ramps up its support for opposition leader Juan Guaido.

Trump cites plot to ‘blow up’ U.S. embassy as element in... 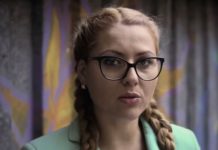 EU calls for fast inquiry into killing of Bulgarian journalist

Elon Musk ducks out of one Los Angeles tunnel but pursues...