CARACAS (Reuters) – Venezuelan President Nicolas Maduro is planning a “deep restructuring” of his government, Vice President Delcy Rodriguez said on Sunday, as the country recovers from a prolonged blackout amid a power struggle with the opposition.

“President @NicolasMaduro has asked the entire executive Cabinet to put their roles up for review in a deep restructuring of the methods and functions of the Bolivarian government, to protect the fatherland of Bolivar and Chavez from any threat,” Rodriguez wrote on Twitter, referring to independence leader Simon Bolivar and former President Hugo Chavez.

The possible reshuffling comes on the heels of a nearly weeklong blackout that paralysed the OPEC nation, which had already been experiencing a hyperinflationary economic collapse, shortages of food and medicine and the emigration of millions of citizens.

Maduro has blamed the blackout on a cyberattack perpetrated by the United States and sabotage by the domestic opposition, but local electrical engineers told Reuters it was the result of years of underinvestment and lack of maintenance of the country’s power plants and electricity grid.

Maduro has repeatedly changed Cabinet members since taking office in 2013, with members of the military rising to posts heading the oil, interior and electricity ministries.

In a visit to electricity workers in southern Bolivar state on Saturday, Maduro pledged a restructuring of state power company Corpoelec and promised to create a unit in the armed forces focused on protecting key infrastructure from cyberattacks. 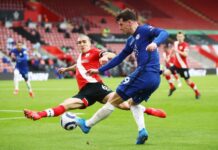 Romeu ruled out for rest of season as Southampton injury crisis...