Halep had reached the last four without facing a seed and had been expected to be severely tested in the semi-final considering she had lost four of her seven meetings against Svitolina.

When the players gave each other the run around during the opening two games, which dragged on for 20 minutes as both refused to give an inch, it seemed like a classic was in the offing.

But Svitolina failed to hold her serve even once during the opening set and it was all over in just 73 minutes when the Ukrainian smacked a backhand into the net.

Halep awaits the winner of the second semi-final between seven-times Wimbledon champion Serena Williams and Barbora Strycova of the Czech Republic. 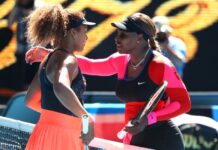