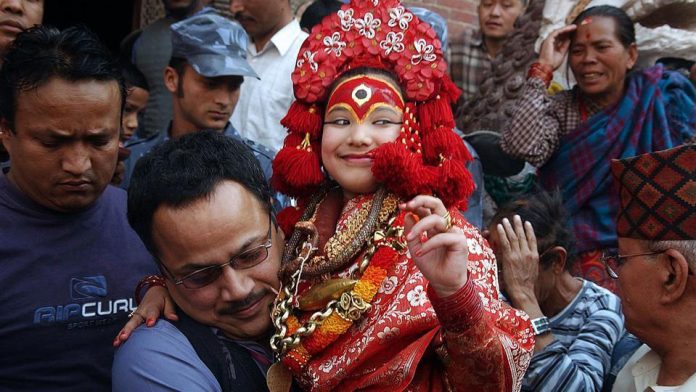 A three-year-old girl Trishna Shakya has been named the new Kumari of Nepal’s capital Kathmandu after her predecessor retired when she reached puberty, continuing an ancient tradition that sees young girls worshipped as “living goddesses”.

She was selected from among four candidates.Once she is anointed a living goddess, Shakya — who, like her predecessors, belongs to the Newar community indigenous to the Kathmandu valley — will only be allowed to leave her new home 13 times a year on special feast days.

She will be paraded through Kathmandu in ceremonial dress and elaborate makeup to be worshipped.