By Asha Shah, Kathmandu, Aug.7: The first shipment of the Japan-made AstraZeneca vaccine against COVID-19 has arrived in Nepal this morning.

The Cheif of Logistics Management Division at the Department of Health Services Dr Upendra Dhungana informed the TRN Online that out of 1.6 million doses to be provided by Japan, 513,420 doses of vaccine have arrived in Kathmandu today in the first phase.

He added that the remaining eight lakh doses of vaccines will arrive next week. Japan-aid Astrazeneca vaccine will be administered to the senior citizens who received the first dose of Covishield earlier.

Similarly, the Chief of the National Immunisation Programme at the Department of Health Service department, Dr Jhalak Gautam said that arrived vaccines will administer to the citizens of Bagmati, Gandaki, Lumbini, Karnali and Far Western Provinces who are waiting for the second dose of Covishield. 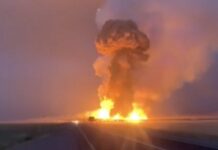 At least 5 dead after explosions at Kazakhstan arms depot 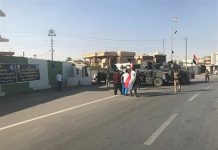