Let’s have a closer look at the extensive health benefits of having Wood Apple Squash in summers.

Recently, we told you how to prepare the Wood Apple Squash at home in simple and quick steps. You must have been a number of roadside vendors selling ‘Bael Ka Sharbat’ during the peak summers. Do you know the reason behind it? Why Wood Apple Squash is one of the most preferred beverage during summers in India? According to health experts, wood apple helps relieving constipation, indigestion, dysentery and also boosts immune system during summers. It is also beneficial for new mothers as it boosts the production of milk.

Let’s have a closer look at the extensive health benefits of having Wood Apple Squash in summers. 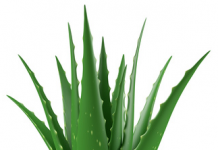 7 superfoods by Baba Ramdev that will keep all kinds of...