KATHMANDU: Construction work of the Mulpani Cricket Stadium will gain momentum soon as the land dispute has been resolved, the ground coordinator said today.

According to the coordinator, Radha Krishna Bista, the land-owners, who earlier did not want to part with their land, have now agreed to provide the space for construction of the national cricket stadium.

They have accepted to exchange their land for an alternative piece of land provided by the government in the locality. However, they have not relocated themselves from the area yet expecting more compensation from the government, Bista lamented.

“We have not used any force to dispel them from the area; we are expecting that they will move from the area on their own,” Bista said.

Bista told THT Online, “National Sports Council has demanded Rs 400 million from the government for the completion of the stadium. Once the budget is released, we expect to complete the project within the next two years.”

After completion, the 13,000-people capacity stadium will have an administrative block, swimming pool, academia and its practice ground, hostel and other facilities.

Meanwhile, construction of a fence over 300 ropani of land is underway. Earlier, the stadium had begun construction works in 2007. 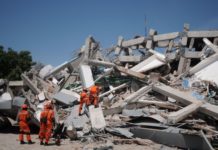 Alexa microwave and new devices on the way

No hot meals, blankets, magazines as airlines step up fight on... 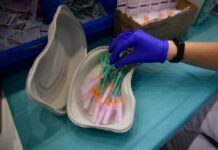