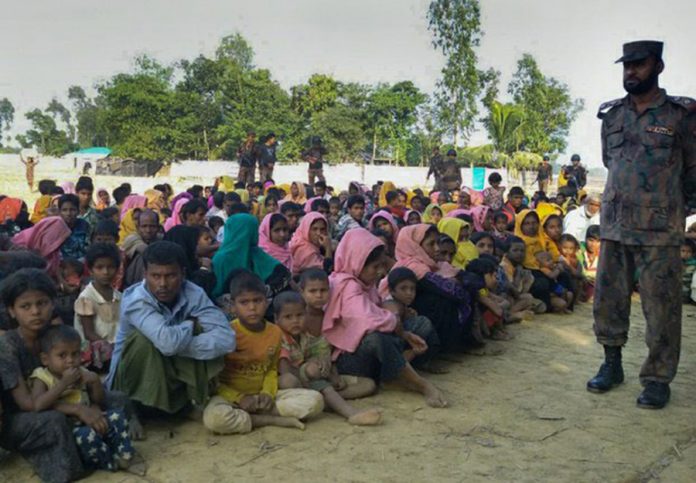 Rohingya refugees in Bangladesh could die due to a lack of food, shelter and water available for the huge numbers of them fleeing violence in Myanmar, an aid agency warned on Sunday.

Nearly 410,000 members of the Rohingya Muslim minority fled from western Rakhine state to Bangladesh to escape a military offensive that the United Nations has branded a “textbook example of ethnic cleansing”.

Bangladesh has for decades faced influxes of Rohingya fleeing persecution in Buddhist-majority Myanmar, where the Rohingya are regarded as illegal migrants.

Bangladesh was already home to 400,000 Rohingya before the latest crisis erupted on Aug. 25, when Rohingya insurgents attacked police posts and an army camp, killing a dozen people.

Pierce said the humanitarian response needed to be rapidly scaled up.

Rights monitors and fleeing Rohingya say the Myanmar security forces and Rakhine Buddhist vigilantes responded to the Aug. 25 insurgent attacks with what they say is a campaign of violence and arson aimed at driving out the Muslim population.

Myanmar rejects that, saying its security forces are carrying out clearance operations against the insurgents of the Arakan Rohingya Salvation Army, which claimed responsibility for the August attacks and similar, smaller, raids in October.

The Myanmar government has declared the group a terrorist organisation and accused it of setting the fires and attacking civilians.

Bangladesh border guards said on Sunday the flow of refugees leaving Myanmar had eased off over the past day, apparently because bad weather had discouraged people from taking to boats to reach Bangladesh. 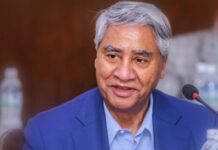