Kathmandu, May 2: Air quality is considered satisfactory in Kathmandu Valley as well as other areas across the nation now as the air pollution index has reached livable conditions (green sign) since the enforcement of lockdown one month ago.
All the 21 stations of air quality measurement across the country show green signals indicating good air quality as defined by the World Health Organisation (WHO).
Most of the stations have recorded air quality index (AQI) value level less than 50 on Friday. The AQI that used to reach up to 190 to 200 in Kathmandu before lockdown has now seen drastic improvement.
According to Friday’s data, the AQI in Dhulikhel and Bhaisepati were recorded 49 and 33 respectively. In Dhankuta, the AQI was recorded 26, 30 in Dang, and 13 in Nepalgunj. Likewise, the index was 11 in Sauraha, 24 in Simara, 26 in Pokhara and 51 in Ratnapark.
According to Director General of the Department of Environment Aabha Shrestha, all 21 air quality measurement centers set up by the department and various organisations in the country have shown green signal following the execution of the lockdown.
“This is mainly due to frequent rainfall and no movement of vehicles,” Shrestha said. Most of the industries like brick kiln contributing to air pollution are now closed while other pollution creating activities have also come to a halt.
Spokesperson and Deputy-Director General of the department Indu Bikram Joshi said that it was the first time ever since the installaton of air quality measurement units across the country that the quality of air has been better everywhere.
“Present air quality cannot be sustained when the lockdown is lifted but it can be managed with new measures like the promotion of electric vehicles and smoke-less industries,” Joshi said.
Open burning of the waste should be banned because it is the main factor to contribute to air pollution during winter season, he said. He said that the government had banned open burning of waste but people are unaware about the health hazards of such activity.
Nepal started measuring air pollution since 2016 and for the first time since then, a green signal has been seen all over the country.
The WHO has set 25 international standards for air pollution measurement. Similarly, Nepal has set a target of limiting air pollution to 40 per cent. “Pollution measurement centers show up to 50 aqua green means habitable, up to 100 yellow, habitable, up to 150 purple, and above 150 red, uninhabitable,” said Joshi.
In the past, air pollution measurement centres in Kathmandu, Simara, Dang and Dhankuta had been showing red signal most of the time.
In Simara and Nepalgunj, which are highly polluted, aqua has fallen below 15, while in Sauraha and Dang, it has dropped below 40. 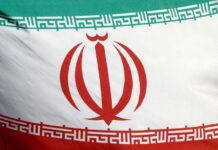 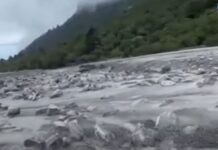 Flood Sweeps Away 60 Houses And Sheds, Bahunepati Bridge At Risk