ANCHORAGE (Reuters) – All four Polish passengers on a sightseeing plane that crashed near North America’s tallest peak in Alaska were found dead at the crash site on Monday, the National Park Service said.

Missing but presumed dead was the plane’s pilot, the park service said.

The plane crashed on Saturday evening near the summit of one of the mountains in Denali National Park at a site too treacherous for rescuers to reach until Monday morning.

A helicopter made it to the site early on Monday, and a park ranger used a “short-haul” technique – descending from the hovering aircraft on a secured line – to examine the crash scene, said Park Service spokesman Peter Christian.

The ranger was there “long enough to dig through the snow down into the airplane itself,” Christian said. “He found four people deceased. The fifth, the pilot, was not found but is presumed deceased.” The passengers were from Poland, the park service said.

The plane, a de Havilland Beaver operated by a local air-taxi company, had broken into two pieces, Christian said.

The crash site is nearly 11,000 feet (3,353 meters) up on a ridge-like peak called Thunder Mountain, about 14 miles (22.5 km) southwest of the summit of Denali, and is extremely steep, with near-vertical rock and ice in the area, the Park Service said.

Low-lying clouds and snow had hampered the search for the plane and conditions remain challenging, the park service spokesman said.

Flight companies do brisk business each spring and summer ferrying climbers and sightseers to Denali and other glacier-draped peaks in the park.

Saturday’s crash was one of the worst in park history.

There was at least one survivor after the initial impact. The Talkeetna air-taxi company got two emergency calls from the plane, Christian said. The first said the plane had crashed, and the second was incomprehensible, he said. “And we didn’t hear anything after that,” he said.

The Park Service said it will try to send workers back to the crash site, and it has established flight restrictions in the area to help make that possible.

Identities of the victims were not released. The Park Service is working with the Polish consulate in Los Angeles, Christian said. 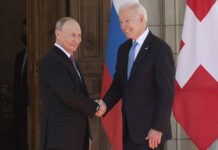