BANGKOK: Myanmar anti-coup rebels today threatened to attack Chinese-backed mines in the country’s northwest if the projects are not shut down, saying the profits were lining the pockets of the junta.

The Southeast Asian nation’s economy has been in turmoil since a coup last February and a number of countries have imposed sanctions on Myanmar’s military-linked businesses.

Rebel groups calling themselves People’s Defence Forces (PDF) have sprung up since the putsch to oppose the regime, with junta-linked companies a prime target.

China’s Wanbao Mining has a partnership with Myanmar military-owned conglomerate Myanma Economic Holdings to run the controversial Letpadaung and Sapetaung-Kyesintaung copper mines near Salingyi in the Sagaing region.

But mining has recently faced disruptions because of fighting, electricity supply problems and the coronavirus.

“We will wait and see whether they will run their project or not. If they do, we will attack them,” a spokesman for the local PDF told AFP Saturday.

He said the military have deployed security forces to the area and Wanbao has been on a recruiting drive that has reportedly brought in 300 workers.

The rebel groups say the Chinese-backed mines have not benefited local people despite operating for years.

The spokesman urged the workers to join an ongoing civil disobedience movement against the mines and take part in strikes.

“We asked the people who worked for the businesses to leave their jobs by May 5,” the joint statement said.

The rebels said they would bear no responsibility if workers who defied strike action were caught up in attacks on the mines.

There were reports in February of rocket attacks by anti-coup fighters on the Letpadaung mine, which has for years been dogged by complaints about land grabs, environmental damage and brutal police crackdowns on protesters.

Protests against the mine have fuelled anti-China sentiment in Myanmar’s commercial hub of Yangon as well as other cities over the years.

Chinese diplomats complained to Myanmar’s shadow government – made up mostly of lawmakers ousted in the coup – media reports said.

A coalition activist group campaigning for transparency in the resources sector estimates the Myanmar military earned US$725 million from the three Sagaing mines in the 2020-2021 financial year.

“China’s continued business dealings with the Tatmadaw (military) are undermining the … pro-democracy movement, which risks further inflaming anti-Chinese sentiment amongst the Myanmar population,” Publish What You Pay Australia said in a report in November.

Wanbao Mining and the Chinese embassy in Myanmar did not reply to requests for comment from AFP.

More than 1,700 civilians have been killed in a military crackdown since last year’s coup, according to a local monitoring group.

Venezuela’s Guaido calls for massive protest as blackout drags on﻿ 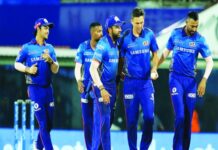