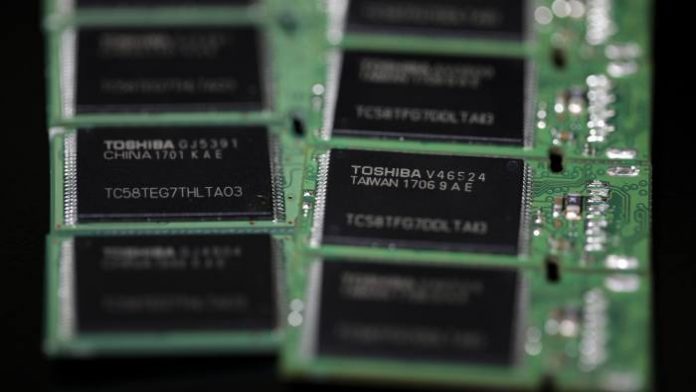 A Japan-U.S.-South Korean consortium has made a last-minute bid for Toshiba Corp.’s chip unit, offering around ¥2 trillion ($18 billion) in cooperation with Apple Inc., sources close to the matter said Wednesday.
Apple has newly joined the consortium, led by U.S. investment fund Bain Capital and also involving South Korean chipmaker SK Hynix Inc., the state-backed Innovation Network Corp. of Japan and the Development Bank of Japan.
Under the group’s proposal, Toshiba and Bain would own over 40 percent each of Toshiba Memory Corp., the sources said. The INCJ and the DBJ are expected to hold a controlling stake in the company in the future.
The last-ditch effort came as Toshiba’s board had been expected Thursday to confirm its plan to sell Toshiba Memory to a group led by Western Digital Corp. that also includes U.S. investment fund Kohlberg Kravis Roberts & Co. as well as the INCJ and DBJ.
Toshiba and Western Digital are struggling to draw up a contract due to disagreements over issues including the U.S. company’s share acquisition in the chip unit, the sources said.
In June, Toshiba announced it had picked the Japan-U.S.-South Korean consortium as the preferred bidder for the unit, but Toshiba later switched to the Western Digital-led group as negotiations with the consortium stalled.
Western Digital, Toshiba’s business partner, has claimed that a sale of the unit without its consent would breach their joint venture contract.
Toshiba President Satoshi Tsunakawa and Western Digital Chief Executive Officer Steve Milligan held talks earlier in the week and reached a broad agreement on the sale of Toshiba Memory, the sources said earlier. 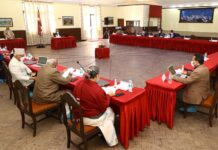 Cabinet Meeting Thanks All For Helping Endorse MCC 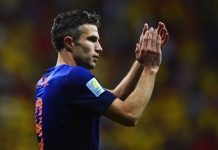