LONDON (Reuters) – Lawmakers will decide on Tuesday whether to move Britain one step closer to a snap election when they vote on the first stage of their plan to block Prime Minister Boris Johnson from pursuing a no-deal Brexit.

Johnson implicitly warned lawmakers on Monday that he would seek an election if they tied his hands on Brexit, ruling out ever countenancing a further delay to Britain’s departure from the European Union.

That sets up a Brexit showdown between Johnson, who has promised to take Britain out of the EU on Oct. 31 with or without an agreement, and parliament, where a majority of lawmakers are opposed leaving without a deal.

With less than 59 days to go, an alliance of opposition lawmakers and rebels in Johnson’s Conservative Party will use parliament’s first day back from its summer break to launch their attempt to block a no-deal exit.

The group will put forward a vote on Tuesday on whether to seize control of the parliamentary agenda the following day to try to pass legislation that would force Johnson to seek a three-month delay to Britain’s EU exit.

Johnson raised the stakes on Monday, however, effectively turning it into a confidence vote by making it clear that if the government was defeated, it would hold a vote on Wednesday to approve an early election, most likely to be held on Oct. 14.

“MPs (Members of Parliament) should vote with the government against (Labour leader Jeremy) Corbyn’s pointless delay,” Johnson said in a televised statement in front of his Downing Street office after meeting with his top team of ministers.

“I want everybody to know – there are no circumstances in which I will ask Brussels to delay. We are leaving on the 31st of October, no ifs or buts.”

While the British leader said he did not want a snap election, he raised the prospect of one, and a senior government source said lawmakers should be aware it would be a consequence of their decision to vote against the government on Tuesday.

Johnson has cast rebels as EU “collaborators” who are undermining the government’s negotiating hand by blunting his threat of a no-deal Brexit.

The senior government source said any Conservatives who voted against the government would have the whip removed, effectively expelling them from the party.

Media have reported about 20 Conservative lawmakers were prepared to rebel. Names on the legislation put forward include former finance minister Philip Hammond.

In order to hold an election, the government would need the backing of two-thirds of lawmakers in the 650-seat House of Commons.

While Labour’s Corbyn has said he wants an election, some in his party are concerned about voting for one before a delay to Britain’s EU exit has been secured.

Corbyn will host a meeting of opposition parties on Tuesday morning to discuss their plans to block a no-deal, his spokesman said.

Johnson, whose Conservatives have seen an opinion poll bounce since he took office, has a working majority of just one seat in the 650-seat lower house of parliament and some suspect it has always been his strategy to head to the polls.

“The prime minister seems to be doing everything he can to bring about an election, while claiming it’s the last thing he wants,” said a source close to the group of Conservative lawmakers opposed to a no-deal exit.

An election would open up three main options: a Brexit-supporting government under Johnson, a Labour government led by veteran socialist Jeremy Corbyn or a hung parliament that could lead to a coalition or minority government of some kind.

It also could make a no-deal Brexit more likely, according to JPMorgan, as polling indicates Johnson could win an election.

“The effect of these developments, in our view, is to push up the probability of a general election occurring next month, and thereby to make no-deal more likely as of end October,” JPMorgan said in a note to clients. 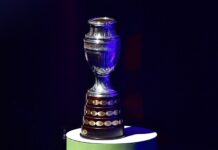 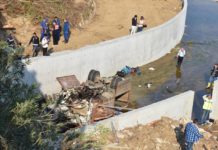