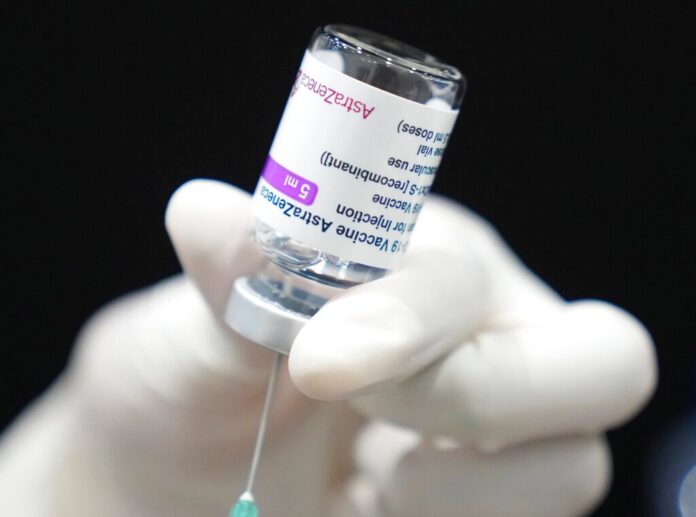 CAMBRIDGE: AstraZeneca Plc’s Covid-19 vaccine has no adverse impact on pregnancy or fertility, according to data from a small group of trial participants who conceived during a study.

The rate of miscarriage was roughly the same between the vaccine and placebo groups, and no still births or neonatal deaths were recorded, according to an analysis of the outcomes published in The Lancet medical journal late Thursday. Fertility was also shown to be unaffected by the vaccine.

The review looked at four trials from the study spanning the UK, Brazil and South Africa. People who were already pregnant were excluded from taking part.

Ninety-three volunteers who became pregnant during the study were included in a fertility analysis – 50 who’d received the vaccine and 43 the placebo. The result showed no impact on fertility from the shot.

In total, 107 pregnancies were assessed for outcomes. Fifteen live births occurred during the analysis – 10 in the vaccine group and 5 in the placebo. Three babies from the vaccinated arm were born prematurely, but all in the late preterm stage between 34 and 37 weeks of gestation.

A lack of clinical data on the impact of the coronavirus vaccines in pregnancy has led to hesitancy among pregnant people to take the shots, despite the increased risk of contracting severe Covid-19 in this population.

In the UK and US, most pregnant people have been offered vaccines from Pfizer Inc or Moderna Inc because of their wider use globally in this group, with no safety concerns reported.

“With increasing availability of misinformation, which continues to affect vaccine uptake, these data, along with published data on mRNA vaccines, can provide evidence to support women in making decisions regarding vaccination,” said the authors, who are mainly from the vaccine’s co-developer, the University of Oxford.

Expectant mothers are often excluded from trials because of safety concerns. Pfizer started one to assess the impact of its vaccine on the pregnant population earlier this year, but the study was delayed by slow enrollment after US government guidance changed, recommending vaccination in pregnancy.