European champions Real will play host side Al Ain FC in Saturday’s final in Abu Dhabi as they bid to win the title for the third year in a row.

Kashima almost made a dream start inside two minutes with a close-range shot from Serginho that was saved by Real Madrid goalkeeper Thibaut Courtois.

Bale opened the scoring in the 44th minute with a left-foot strike into the bottom corner of the net after playing a one-two with Marcelo.

Bale has now scored six goals in the tournament, trailing only his former team mate Cristiano Ronaldo who has netted seven.

“He (Bale) played a superb match,” Real coach Santiago Solari told reporters. “He has shown what he is, and what he can do.”

Bale was substituted in the 60th minute only for his replacement, Asensio to be forced off 14 minutes later due to injury.

“I hope it is not a serious problem with him because it is very that important all the players are fit,” Solari said. “It is a pity that he had to leave the pitch today.”

Kashima, third in the J-League, will meet South American champions River Plate in the third-place playoff earlier on Saturday.

Explainer: How close is Iran to producing a nuclear bomb? 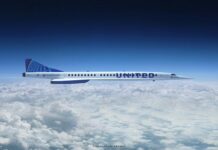 United Airlines is buying 15 supersonic jets that could fly Newark... 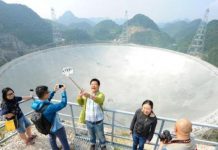 How noisy Chinese tourists may be drowning out alien signals at...