Fulham are 18th in the table on 19 points, six behind Newcastle United who occupy the final place above the relegation zone. Burnley moved up to 15th place, eight points above Fulham.

Scott Parker’s team, boosted by Sunday’s 2-0 win at Everton, had grabbed the lead in fortunate fashion when Ademola Lookman’s corner struck the chest of Ola Aina and Burnley substitute Robbie Brady missed the ball on the line.

Within three minutes, however, Burnley had drawn level when Jay Rodriguez broke down the right flank and slipped a perfect pass to Barnes who, despite a poor first touch, converted the chance.

The league table will be comforting for Burnley but they will be disappointed not to have taken maximum points from a home game against a team below them.

Burnley were without skipper Ben Mee due to a concussion picked up in Saturday’s 3-0 win at Crystal Palace and lost winger Johann Berg Gudmundsson to injury before the break and his substitute Brady had to be replaced in the second half.

“I think the most pleasing thing is the response of this group generally. We have had so many injuries and I’ve never seen anything like it,” said manager Sean Dyche.

“But the players have just kept on going and I can’t credit them enough for that. We showed great mentality to come back and we will take the point.”

Fulham boss Scott Parker was satisfied to have picked up a point and extended their unbeaten away run to six matches.

“It was a tough battle, a well earned point in the end. They are a well organised team who constantly put you under pressure and I thought we dealt with that well. We needed to hold on to that lead a bit longer and we couldn’t do that,” he said. 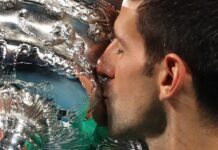 India set to reopen temples, malls but no sprinkling of holy...