Some of the latest battery technologies may become obsolete before reaching the market because of the breakneck pace of advances in the industry.

Teams of scientists from San Francisco to Shenzhen are experimenting with new chemical processes to improve the traditional lithium-ion cell and find new ways to bottle up electricity for use at another time. Investors in those projects are starting to worry that they might have picked the wrong technology.

That’s turning the debate about so-called stranded assets on its head. To date, the term has been deployed to refer to fossil-fuel projects that may turn unprofitable as pollution regulations tighten. In the future, upheaval in the way energy storage devices are made mean that investments in batteries may turn unprofitable even though they’re at the heart of transforming the way the energy system works.

“If you suddenly have a step change in technology that offers higher energy density, people will want to adopt that quickly, which could mean that they’ll have to reinvest in manufacturing equipment again,” said James Frith, energy storage analyst at BloombergNEF. “Worst case, you may have to redesign entire factories.”

Investment into start-ups developing new types of batteries rose to more than US$1.5bil (RM6.1bil) in the first half of the year, almost twice the level in 2017, according to data from Cleantech Group.

Carmakers Volkswagen AG, Hyundai Motor Co. and Renault-Nissan-Mitsubishi have all channeled funds into battery companies. The Japanese industry group New Energy & Industrial Technology Development Organisation has announced that it will spend US$90mil (RM368) on researching solid-state devices with a group of universities and manufacturers.

“There is a tremendous amount of money being put into battery research right now, and eventually that will lead to evolution of technology,” said Peter Carlsson, founder and CEO of NorthVolt AB, a Stockholm-based company that’s constructing a US$4.6bil (RM18.8bil) battery manufacturing facility in the Nordic region. “We are building a manufacturing platform to have the capability of evolving.”

Not every technology is likely to succeed. There are thousands of different systems being tested across the industry, involving both major manufacturing companies to startups and universities. Even the lithium-ion cells used in most electric cars and mobile phones have varying manufacturing processes.

“There’s different flavors of lithium-ion, different chemistries, and even within those chemistries there’s different variants on how those are made up,” said TJ Winter, a principal manager at Fluence Corp. Ltd., a US-based energy storage supplier. “We spend a fair amount of time just screening developments.”

The competition is getting fiercer as carmakers electrify more of their models and energy-storage units become more prevalent in homes and businesses. Demand for battery capacity will rise to 1,784 gigawatt-hours by 2030 from about 100 gigawatt-hours currently, according to forecasts from BloombergNEF.

About US$16.7bil (RM68.3bil) has already been spent to install conventional battery factories around the world, and another US$42bil (RM171bil) of facilities are expected to be up and running by 2022, BloombergNEF data show.

Lithium-ion will remain the dominant power source for electric cars and storage units for the next decade, according to the International Energy Agency. After 2025, new technologies are likely to enter the market, the Paris-based organisation said in its latest Electric Vehicle Outlook.

That leaves open the possibility of either current lithium-ion technologies falling out of favor or newer projects not measuring up to the incumbents. Either way, some investors are likely to end up with batteries that aren’t economical. “There’s an enormous amount of bandwidth being created in the world for manufacturing of lithium-ion batteries,” said Jeff Chamberlain, chief executive officer of Volta Energy Technologies LLC, an investment fund with a focus on next-generation storage. “Many investors that we’ve seen are betting on technology that will require new manufacturing processes. We see this as a flaw because of the current capacity being built on the planet.”

Taking a batteries from a laboratory to the marketplace is slow and costly. Scientists are substituting expensive metals such as manganese and nickel for more abundant substances like sulfur and oxygen as they seek to cut costs and weight in battery units.

Conamix Inc, a startup in New York, recently raised US$2mil (RM8mil) to try to make batteries without cobalt, a rare-earth metal that’s a key ingredient for recharging but that’s largely mined in the war-torn Democratic Republic of Congo. Other technologies “may not be able to scale because of cheap lithium-ion,” said Jeff McDermott, managing partner of Greentech Capital Advisors LLC.

“Lithium-ion is definitely going to create pricing pressure on other technologies to be deployed. There will be several but not dozens of competing technologies because the costs are going to have to be down. It’s going to require scale to achieve those costs.”

Equinor ASA, Norway’s biggest energy company, has been screening storage-focused startups for the past three years but hasn’t yet made an investment in any one developer. “Storage is a prioritised thing for us,” said Bala Nagarajan, an investment director at Equinor Energy Ventures, the in-house venture capital fund.

“There are still technology improvements that are necessary for the adoption of clean energy and adoption of electric vehicles. Is there a chance that our future investments in storage technologies could be failures? Absolutely yes.” — Bloomberg 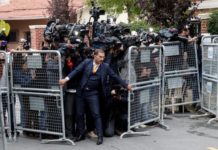