BEIJING (Reuters) – People in Beijing are grumbling over high prices for pork and vegetables ahead of the Lunar New Year as lockdowns in a neighboring province to prevent the spread of COVID-19 has disrupted deliveries to the Chinese capital.

The pressure on food prices is especially sensitive in the run-up to the country’s most important holiday – which starts on Feb. 11 – as families gather around the dinner table.

Already high because of exceptionally low temperatures since December, vegetable prices in Beijing, a mega-city of 21 million people, have jumped after many cities in Hebei province locked down following a jump in coronavirus infections.

“They’re much more expensive. But we still have to eat, who’s going to do without vegetables?,” said a woman surnamed Zhang, shopping in a supermarket in central Beijing.

A large cabbage, ubiquitous in Beijing kitchens during winter months, now costs 2 yuan per half kilogram, twice as much as a year go.

Prices for celery, eggplant and daikon radish are also roughly double what they were a year ago, according to data published this week by Beijing’s Xinfadi wholesale food market.

Eggs and cooking oils are also more expensive than last year, while pork prices have risen in recent weeks to about 46 yuan per kg, the same level as a year ago, despite an increase in production.

And more people will be staying in the cities this new year, as authorities have urged people not to travel to their hometowns for the holiday to reduce the risk of further COVID-19 outbreaks, as the number of daily infections are at their worst since March 2020.

“The consumption of agricultural products in large and medium-sized cities is expected to increase significantly compared with previous years,” said the Ministry of Agriculture and Rural Affairs in a statement, adding that supplies are plentiful and hoarding unnecessary.

Officials from Beijing’s municipal government said the city would guarantee stable prices for essential greens like cabbage, radishes and potatoes, and called for faster movement of produce being delivered to markets in the capital.

The measures have not reassured some residents who took to China’s Twitter-like platform Weibo to complain.

“If you want us to stay in Beijing for the holiday, can you first control the vegetable prices, staying here for the new year I won’t be able to eat dumplings!” said one user. 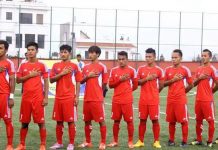