With the certification, Trump’s effort to deny Biden a victory by claiming election irregularities and fraud in many states, became even more unlikely to succeed.

Biden, who has said he would undo Trump’s “America First” policies, also named Jake Sullivan as his national security adviser and Linda Thomas-Greenfield as U.S. ambassador to the United Nations – both with high-level government experience.

The 78-year-old Democrat is assembling an administration from his home in Delaware as he prepares to be sworn in on Jan. 20 to lead a country facing its greatest public health crisis in living memory, even as Trump refuses to concede defeat in the Nov. 3 election and blocks the government from providing the support normally given a president-elect.

Biden named former U.S. Senator and 2004 Democratic presidential nominee John Kerry to serve as his special climate envoy. He also is likely to tap former Federal Reserve Chair Janet Yellen to become the next treasury secretary, said two Biden allies, who spoke on the condition of anonymity to discuss a personnel decision that was not yet public.

While Blinken, 58, is not a household name for the secretary of state job, he has held important foreign policy positions in the last two Democratic administrations, including a spell as a deputy secretary of state under President Barack Obama.

Along with Sullivan, who was a deputy assistant to Obama and senior policy adviser to Hillary Clinton’s 2016 presidential campaign, Blinken has helped Biden formulate a strategy that will include quick outreach to allies who have often been antagonized by Trump, and to demonstrate a willingness to work together on big global problems like the coronavirus pandemic and its economic fallout.

Biden, who was a longtime member of the U.S. Senate Foreign Relations Committee, has pledged to rejoin a nuclear deal with Iran if Tehran restores its compliance, return to the Paris climate accord, abandon plans to leave the World Health Organization and end a U.S. rule that bans funding of aid groups that discuss abortion. Each move would reverse Trump’s policies and some could take place quickly after the inauguration.

The prospect of an American U-turn from Trump’s foreign policy is music to the ears of many allies, especially in Europe where there has been unhappiness over Washington’s approach toward NATO, trade and relations with Russia.

The head of NATO and a top European Union official, in phone calls with Biden on Monday, invited him to rebuild transatlantic ties and meet with Washington’s European allies next year.

If confirmed by the Senate, Mayorkas would become the first foreign-born leader of the sprawling department that was created after the Sept. 11, 2001, attacks on the United States. Mayorkas served as its deputy secretary in the Obama administration.

Trump, meanwhile, has been defeated repeatedly in his persistent legal battle to overturn the election results in a string of battleground states and prevent Biden from being sworn in. Trump and his campaign have made unsubstantiated claims of widespread voter fraud.

Pennsylvania looked to push ahead with certifying that Biden was the winner, following the Michigan vote.

Biden beat Trump in Michigan by more than 150,000 votes, or almost 3 percentage points, and the election canvassing board is required to validate the count.

Norman Shinkle, one of the two Republicans on the four-member Michigan board, had suggested he favored delaying certification because of technical irregularities that may have affected a few hundred votes in one county. He abstained from Monday’s vote.

The board’s other Republican, Aaron Van Langevelde, said repeatedly during a meeting on Monday he saw no indication in the law that the board has an option other than to certify the results submitted to it. “Our duty is very simple, and it’s our duty,” Van Langevelde said. He voted for certification, which passed 3-0.

Monday is also the deadline in Pennsylvania for counties to report their certified tallies to Secretary of State Kathy Boockvar, a Democrat. Boockvar likely would then certify the results on behalf of the state in a matter of days. Biden won Pennsylvania by more than 80,000 votes, or just over 1 percentage point.

Electors in each state will convene as the Electoral College on Dec. 14 to formally select the next president. Biden won 306 electoral votes, 36 over the 270 threshold needed to win.While most Republicans are either publicly backing Trump’s efforts or remaining silent, a growing number are imploring him to concede and assist with the transition to Biden’s administration.

The U.S. General Services Administration, a federal agency that must sign off on the presidential transition, said it had still not approved hand-off activities to Biden but would brief Congress next week.

In an opinion piece on Cincinnati.com on Monday, Republican Senator Rob Portman of Ohio urged the GSA to provide resources for the Biden transition team. Portman also said there was no evidence now of widespread fraud or irregularities that would change the election results in any state. 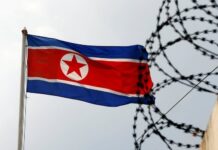 ﻿U.S. to use all economic, political tools to hold Maduro accountable:...

Parisians line up to mourn 13 soldiers killed in Mali