WASHINGTON: President Joe Biden will announce today the release of a record million barrels of oil a day, for about 180 days, from US strategic stockpiles in an attempt to dampen soaring fuel prices in the wake of Russia’s attack on Ukraine, the White House said.

“After consultation with allies and partners, the president will announce the largest release of oil reserves in history, putting 1 million additional barrels on the market per day on average – every day – for the next six months,” a statement said, confirming expectations of the dramatic move.

“The scale of this release is unprecedented: the world has never had a release of oil reserves at this 1 million per day rate for this length of time. This record release will provide a historic amount of supply to serve as bridge until the end of the year when domestic production ramps up.”

The measure will dump a significant amount of supply onto the overheated global oil market, which has sent inflationary shockwaves through the American economy.

Struggling with bad poll numbers and November’s looming midterm elections, when Republicans are forecast to take over Congress from the Democrats, the White House is scrambling to find a way to show Americans that Biden has a solution to a problem rooted in aftershocks from the Covid pandemic and president Vladimir Putin’s brutal war.

A six month release of a million barrels daily will be by far the largest and most sustained ever tapping of the stockpiles in US history.

The release would amount to augmenting global supplies by about 1%.

Biden is scheduled to lay out the details in a speech later today.

Oil prices fell sharply on initial reports of the plan, which came as the Opec+ group of petroleum exporters decided to raise output only modestly despite the jump in crude prices in the wake of key energy supplier Russia’s decision to invade Ukraine.

The release will dwarf earlier uses of the strategic stockpile announced by the Biden administration in tandem with other countries on March 1 following the Russian invasion, and also last year in response to rising inflation.

Despite a strongly rebounding economy and rapidly receding Covid-19 pandemic, Biden is getting little credit from voters, who instead blame him for rising prices everywhere from the supermarket to car dealerships.

Supply chain snags related to the different pace of economic recoveries around the world are part of the inflation phenomenon.

Also underlying the politically perilous trend, however, are ever higher fuel costs, which in turn push up prices for transport of almost all goods.

And for US motorists, the price shock as they fill cars in gasoline stations is a constant irritation.

“I did this,” reads a sticker featuring a picture of Biden that has been fixed next to pump handles in many stations.

Gasoline prices currently stand at an average of US$4.23 a gallon, up 47% from their level a year ago.

Oil prices surged close to US$140 a barrel in March on worries about lost Russia crude supply as some “self sanctioning” oil buyers shunned Russian crude in the wake of international sanctions on Moscow.

Prices have retreated somewhat since the US banned Russian energy imports on March 8, but have lingered above US$100 a barrel most of the subsequent period. 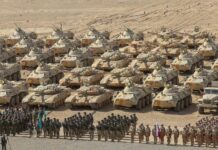 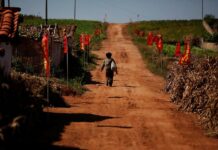 Osaka gets ‘revenge’ against Rogers to reach US Open semis