WILMINGTON: US president-elect Joe Biden has chosen David Kessler, the ex-head of the Food and Drug Administration (FDA), to help lead the Covid-19 vaccine push, his transition team said on Friday.

The news came as Biden was due to outline his plans to ramp up vaccinations amid soaring infections and an early rollout by the Trump administration that Biden has called “a dismal failure”.

Kessler, a paediatrician and lawyer who headed the FDA under presidents George Bush senior and Bill Clinton, will be chief science officer of the administration’s Covid-19 response.

That expanded role will include replacing Moncef Slaoui as the chief adviser for the vaccine distribution effort the Trump administration called Operation Warp Speed.

Slaoui, meanwhile, is expected to stay on as a consultant during a transitional period, with Warp Speed chief operating officer and US Army General Gustave Perna staying on the team during the new administration.

Kessler has been a co-chair of Biden’s advisory board on the pandemic.

As head of the FDA, Kessler cut the time needed to approve drugs to treat AIDS and moved to try to regulate the tobacco industry.

His move comes at a critical point for the government’s effort to speed up the development and distribution of shots and treatments for the coronavirus in a country that has been particularly hard hit by the virus.

Biden has vowed to get 100 million Covid-19 vaccine doses injected into Americans in his first 100 days in office.

That pace is more than double the current rate but still would leave most of the country without the shot by the end of April.

US President Donald Trump’s administration had aimed to give vaccine doses to 20 million Americans by the end of 2020 – but only 11.1 million shots had been administered as of Thursday, according to data from the US Centers for Disease Control and Prevention.

In a bid to expand vaccination efforts, the Trump administration said Tuesday it was releasing millions of Covid-19 vaccine doses it had been holding back for second shots.

The move was a departure from an earlier strategy to stockpile enough doses to ensure that required second doses of the vaccines are available.

Shots from Pfizer-BioNTech and Moderna, whose vaccines were approved by the US last month, come in the form of two doses. 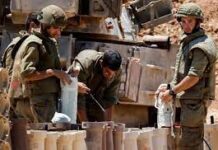 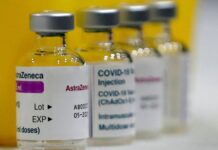 To curb Delta, Thailand reduces gap between AstraZeneca jabs to 8...