WASHINGTON: US President Joe Biden said Thursday that Russian leader Vladimir Putin may have placed some of his advisors under “house arrest” after becoming “isolated” while trying to run the invasion of Ukraine.

In his first public remarks on Western assessments about internal Kremlin tensions over the war in Ukraine, Biden also said he was “skeptical” about Moscow’s claim to be scaling back its onslaught in parts of the country.

“He seems to be self-isolated and there’s some indication that he has fired or put under house arrest some of his advisers,” Biden told reporters when asked about British and US intelligence statements that Putin is not getting proper information from staff about difficulties in Ukraine.

Biden tempered his remarks, saying “there’s a lot of speculation” and he did not want to “put too much stock in that”.

However, later the state department spokesman Ned Price said “we have seen reports that various Russian officials have been sidelined, are estranged, have been essentially put on ice or, as the president alluded to, have even been placed under house arrest”.

Price said that the invasion of Ukraine — with Russians apparently not expecting heavy resistance and surprised by the ferocity of Western sanctions — reinforced the theory that Putin was making decisions based on poor advice.

“We have reason to believe that President Putin does feel misled. President Putin, if you look at the track record over the course of the past five or so weeks, clearly made several miscalculations,” Price said.

“Why else would he have undertaken an invasion that was quite clear would precipitate a whole series of consequences that we laid out in advance? He clearly miscalculated if he thought his forces would be able to achieve a quick tactical victory,” Price said.

In his remarks to reporters, Biden also said he was not certain about the Russians’ intentions in Ukraine after Moscow announced a pullback — initially seen as offering a potential opening to broader de-escalation — from the capital Kyiv and another city.

Biden said that it was possible that any pullback from the cities — if happening at all — was only ordered to allow increased attacks on another area of Ukraine, the eastern Donbas region.

“I’m a little skeptical. It’s an open question whether he’s actually pulling back.” 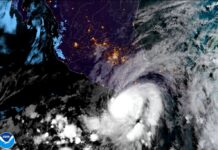 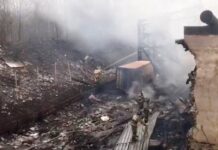 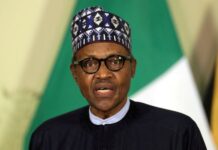 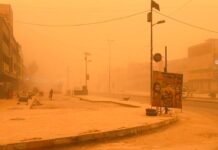