Blinken met Colombian President Ivan Duque ahead of talks with regional officials to discuss migration in the Americas.

“Ending impunity as we know it is also one of the best ways to prevent more abuses going forward.”

At least 29 people were killed in connection with protests against Duque’s social and economic policies earlier this year, with many deaths blamed on excessive use of force https://www.reuters.com/world/americas/families-protesters-killed-colombia-face-long-wait-justice-2021-09-10 by police.

Human rights groups had urged Blinken to press Duque on policing, as well as growing violence by armed groups and the potential restart of aerial fumigation of coca crops.

Colombia is the United States’ closest ally in Latin America and the two countries coordinate closely on security, especially in the fight against drug trafficking.

During joint comments to journalists, Duque repeated a frequent refrain, saying his government has a zero tolerance policy for police abuse but also will not stand for vandalism or violence against security forces.

At a ministerial meeting on migration on Wednesday in Bogota, which saw attendance by officials from Chile, Brazil, Canada, Costa Rica, Honduras, Peru, Ecuador, Guatemala and El Salvador, among others, Blinken urged stronger border enforcement by countries in the region during his opening remarks.

Poverty and violence in the region’s most troubled countries – including El Salvador, Guatemala, Honduras, Venezuela and Haiti – has driven migration flows to the United States and other parts of Latin America.

Economic downturns sparked by the coronavirus pandemic have made jobs scarce through much of the region, often hitting immigrants hardest.

Many people’s reasons for migrating boiled down to “a lack of hope that life in their home countries will improve,” Blinken said at the meeting.

“Often that’s because of too few economic opportunities. The United States wants to work with you to change that,” he said. 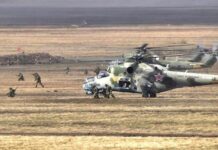 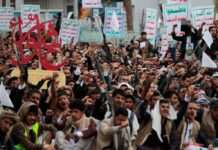 At least 30 killed in Houthi strikes on Yemen base 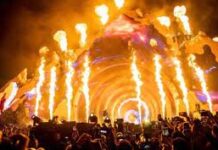 At least 8 people crushed to death at US concert 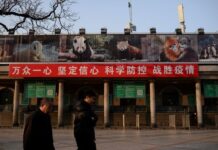