WASHINGTON (Reuters) – U.S. Secretary of State Antony Blinken on Thursday said he agrees with President Joe Biden that war crimes have been committed in Ukraine and U.S. experts were gathering evidence to prove it.

Biden told reporters a day earlier that he believed Russian President Vladimir Putin was a “war criminal” but the White House later said no formal determination had been made on potential violations of international law since Russia’s Feb. 24 invasion of Ukraine.

“Personally, I agree,” Blinken said in a news conference at the State Department.

“Intentionally targeting civilians is a war crime,” Blinken said, adding that he finds it “difficult to conclude that the Russians are doing otherwise” after the destruction over the past few weeks.

The Kremlin called Biden’s comment “unacceptable and unforgivable rhetoric.” Moscow says it is conducting a “special military operation” to disarm and “denazify” its neighbor and has rejected claims of targeting civilians.

Blinken recounted recent incidents of Russia bombing hospitals, schools and a theater where civilians were sheltering, and said they were part of “a long list of attacks on civilian, not military, locations across Ukraine.”

Washington’s new Ambassador at Large for Global Criminal Justice Beth Van Schaack, who was confirmed by the U.S. Senate on Tuesday, would lead State Department efforts aimed at “documenting and evaluating potential war crimes being committed in Ukraine,” Blinken said.

“We’ll make sure that our findings help international efforts to investigate war crimes and hold those responsible accountable,” Blinken said.

The International Criminal Court chief prosecutor, Karim Khan, visited Ukraine and neighboring Poland this week after the court opened an investigation into possible war crimes in the conflict earlier this month. 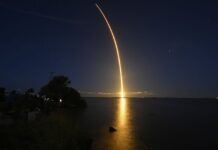 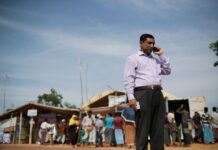