LA PAZ (Reuters) – Bolivian police and military forces used armored vehicles and helicopters to clear access to a major gas plant in the city of El Alto on Tuesday, a show of strength after blockades at the facility had cut off fuel supply to nearby La Paz.

Helicopters flew above roads around the Senkata gas plant, operated by state-run YPFB, which were blocked with piles of burning tires, according to a Reuters witness. Protesters are demanding the return of unseated leftist leader Evo Morales.

Morales resigned on Nov. 10 amid anti-government demonstrations and rising pressure over vote-rigging allegations after an audit by the Organization of American States (OAS) found serious irregularities in an Oct. 20 election.

But Morales supporters have since ramped up protests, calling for caretaker President Jeanine Anez to step down and for Morales to return. Mounting violence in the South American nation has seen 27 people killed in street clashes.

In what it said was a bid to restore calm, Bolivia’s congress, controlled by lawmakers from Morales’ Movement for Socialism (MAS), said on Tuesday it would cancel a contentious vote in the legislature that had been expected to reject Morales’ resignation.

The vote would be suspended “to create and contribute to an environment conducive to dialogue and peace,” the Legislative Assembly said in a statement, citing instructions from new Senate head and MAS lawmaker Monica Eva Copa Murga.

Eva Copa Murga later told reporters the assembly would prepare legislation to annul the Oct. 20 election and move towards new elections as soon as possible. The two chambers of Congress will convene separately on Wednesday.

The country’s human right ombudsman said that three people hade been killed in clashes with security forces around Senkata. The military said in a statement they had carried out a “peaceful” operation after trying negotiation and dialogue.

The MAS party – which itself has been split over how to proceed – holds a majority in the congress and could have voted to reject Morales’ resignation, potentially creating dueling claims on the country’s leadership and raising pressure on Anez.

Morales has railed at what he has called a right-wing coup against him and hinted he could return to the country, though he has pledged repeatedly not to run again in a new election. He stepped down after weeks of protests led to allies and eventually the military urging him to go.

Bolivians are feeling the pinch of the turmoil, with fuel shortages mounting and grocery stores short of basic goods as supporters of Morales blockade key transport routes.

In the highland capital La Paz, roads have grown quiet as people preserve gasoline, with long queues for food staples.

People lined up with gas canisters next to the Senkata plant on Tuesday. Images showed some fuel trucks moving through the area under a strong military and police presence.

“Unfortunately this has been going on for three to four weeks, so people are desperate to buy everything they find,” said Ema Lopez, 81, a retiree in La Paz.

Daniel Castro, a 63-year-old worker in the city, blamed Morales for what he called “food terrorism.”

“This is chaos and you’re seeing this chaos in (La Paz’s) Plaza Villarroel with more than 5,000 people just there to get a chicken,” he said.

The country’s hydrocarbons minister, Victor Hugo Zamora, said on Tuesday he was looking to unlock fuel deliveries for La Paz and called on the pro-Morales movements to join talks and allow economic activity to resume.

Juan Carlos Huarachi, head of the powerful Bolivian Workers’ Center union and once a staunch Morales backer, called on lawmakers to find a resolution. “Our only priority is to bring peace to the country,” he told reporters.

Jorge Quiroga, a former president and Morales critic, said Morales wanted to see Bolivia “burn,” echoing other detractors who say he has continued to stoke unrest from Mexico, which Morales denies. 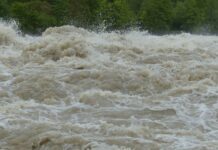