Internet service providers (ISPs) can peek at the internet-connected devices people use in their own homes – baby monitors, TV set-top boxes  etc We’ve known that for a while, but concerns were generally directed at outsiders, like people spying on baby monitors, or hackers coaxing our internet-connected devices to join in a distributed denial of service attack. Devices could be easily identified by ISPs just because of the way they connected to the internet.

Encrypted connections are one way of preventing the amount of information that an ISP can gather about its users. Website addresses that begin with “HTTPS” encrypt their traffic so although an ISP or other network observer could see that a user had visited a particular website, they wouldn’t be able to work out which specific pages they visited or what they did on that website.

And encryption doesn’t stop ISPs from knowing which internet-of-things devices their users have, nor does it stop them seeing when we use those devices. There might be ways to cut down the snooping abilities of ISPs. One possible defence involves deliberately filling a network with small amounts of traffic. This could be done by running all your internet traffic through a VPN and then programming the VPN to record and play back that traffic even when the IOT device is not in use, making it tricky for ISPs to work out when a particular device is actually being used. However, this would probably slow down the network, making it a somewhat impractical defence against network observations.

Ultimately it’s up to consumers to weigh up the privacy risks that come along with using internet-connected devices. But it’s hard to make informed decisions when it’s not at all clear what kinds of data ISPs are collecting, or how they’re using the data. This type of observation is possible anywhere, but in the US there are few restrictions on what data ISPs are allowed to sell.

Reference: www.newscientist.com and other Science Newspapers. Gunmen kill at least 20 in attack in northwest Nigeria 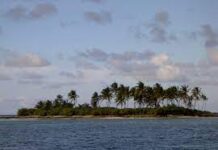 Explainer-Why is a tranquil Indian archipelago simmering in protest?