Apple’s new generation of iPhones has completely dispensed with the classic home button.

The design of last year’s pricey iPhone X has been incorporated into the lower-priced iPhone XR model, which has a screen that practically fills the entire front of the device.

This means there’s no room left for the iPhone’s home button and its a fingerprint sensor. Apple has instead entirely switched to its facial recognition system FaceID.

The more expensive models include the updated iPhone XS and the larger version XS Max, with a 6.5-inch display. That makes the body almost as large as previous Plus models, with a significantly wider screen.

Apple said the new A12 chip inside the devices can also handle more complex applications based on machine learning. To showcase this new processing power, an app was demonstrated that can analyse the movements of a basketball player in real time and offer tips.

Apple is opting to run applications with artificial intelligence on the devices themselves, while competitors such as Google are integrating cloud services to a greater extent.

Cameras in the latest iPhones are equipped with new image sensors to improve photo quality. The more powerful chips are also able to analyse the lighting conditions more accurately, allowing the photos to be adjusted to them more precisely. For portraits, the background can be blurred or made sharper after taking the shot.

The XS and XS Max models pack a high-contrast OLED display, while the iPhone XR comes with a cheaper LCD screen, and aluminium housing instead of stainless steel. It’s also available in several colours including red, yellow and blue.

The new, more expensive models are the first iPhones to be equipped with an additional built-in eSIM card, which can be switched to different operators’ networks without the need to replace a physical SIM car. This makes it possible to use an iPhone with two phone numbers. – dpa 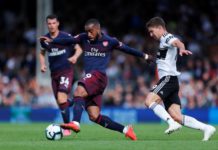 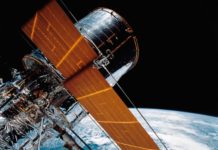 Hubble in trouble: space telescope out of action as gyroscope fails