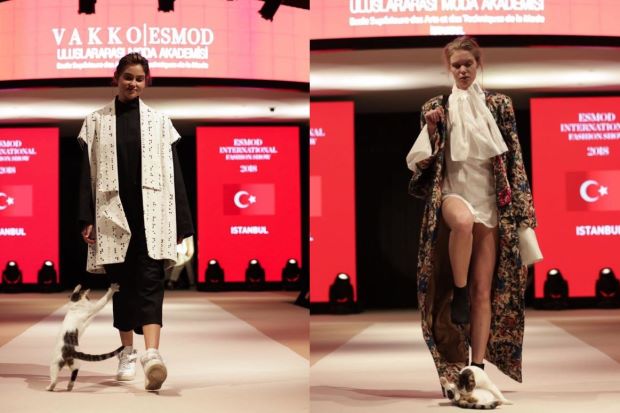 For one fashion school in Istanbul, Turkey, their surprise came in a form of a cat who suddenly made an appearance in the middle of a fashion show.

Everything was going according to plan when a white, gray and black cat suddenly appeared out of nowhere.

Of course, the fashion show’s attendees had the time of their lives upon seeing the unexpected addition to the show.

One guest, H (@hknylcn), was able to film the cat strutting, as if showing the models how to walk the catwalk.

While the netizen was unable to capture the exact moment the cat made an appearance, he was able to film the funniest moments involving the feline during the fashion show.

The cat, who apparently gatecrashed the show, was first seen licking its fur contentedly, as if it felt so at home on the runway, while the models strutted their stuff and passed by.

Like any normal cat, however, when it took notice of the long part of a model’s coat hanging just a few inches off the ground, it immediately ceased licking and unsuccessfully, tried to capture the fabric with its two front paws.

As if unamused with the way the models walk the runaway, the cat then walked the catwalk confidently, much to the amusement of the audience.

When it saw a model accompanying its strut, the cat then tried to grab the said model’s pants, earning laughs from amused attendees.

At one point, the uncaring cat licked its fur in the middle of the catwalk, disturbing a model’s walk, as seen in the fashion school’s official Instagram page.

Vakko ESMOD Istanbul’s Instagram page also shared a video of the cat — this time, it was laying in the middle of the runway, as if critiquing the models’ walks. 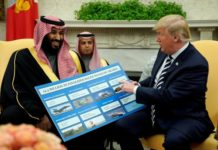 Wuhan woman with no symptoms infects five relatives with coronavirus –...

Bolivians bang on pots and pans in protest at Morales election... 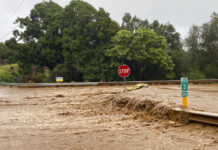