President Xi Jinping said on Wednesday that the Communist Party of China (CPC) will strive to fully transform the people’s armed forces into world-class military by the mid-21st century.

By 2020, mechanization will be basically achieved, with IT application coming a long way and strategic capabilities seeing a big improvement, Xi said at the opening session of the 19th CPC National Congress.

The modernization of the national defence and armed forces should be basically completed by 2035, he added.

Technology was the core combat capability, he said, adding that people’s military would be made more innovative.

The CPC will speed up development of intelligent military and improve combat capabilities for joint operations based on network information system and the ability to fight under multi-dimensional conditions.

Today, a new military structure has been established with the Central Military Commission exercising overall leadership, the theatre commands responsible for military operations and the services focusing on developing capabilities.

The Chinese military has carried out major missions related to the protection of maritime rights, countering terrorism, maintaining stability, disaster rescue and relief, international peacekeeping, escort services in the Gulf of Aden and humanitarian assistance. 46 killed in Bulgaria in Europe’s worst bus crash for a...

Storm Gordon to hit U.S. Gulf Coast as a hurricane –... 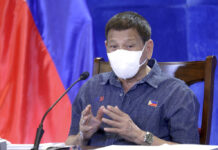 Chaos in Manila as thousands rush to get vaccine before lockdown

1036 People Return Home After Completion Of Quarantine Period In Baitadi