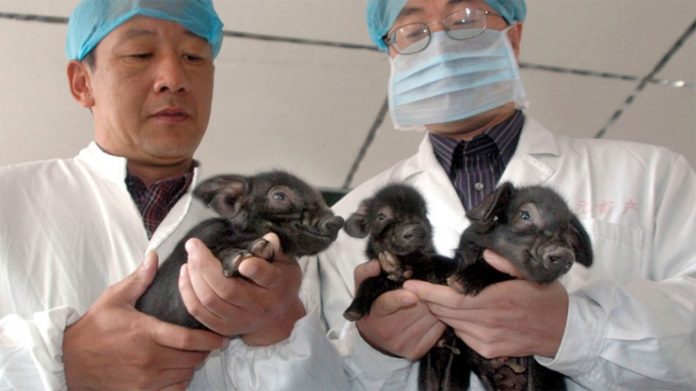 The first such transplant surgery could be just two years away, according to one researcher from a national xenotransplantation project.

Recent experiments conducted in China and elsewhere on animals including monkeys have shown they could live for an extended period of time – sometimes years – after receiving transplants of pig organs.

China is meanwhile home to the world’s biggest pig-cloning farms that could supply animals bred specifically for transplants of livers, hearts and other organs to humans.

There is also huge demand for transplant surgery in the country given its high rate of conditions such as cardiovascular disease, lung cancer and hepatitis that result in organ failure, according to Zhao Zijian, director of the Metabolic Disease Research Centre at Nanjing Medical University in Jiangsu.

Zhao, who is also a senior scientist at a xenotransplantation laboratory in the province that is involved in the national project, said the ball was now in the government’s court.

“We have patients dying from organ failure and their desperate relatives pleading for them to have the chance to live,” Zhao said. “But when we turn to the authorities in charge of approving the clinical trials, all we get is silence. We understand it must be very hard for the government to make a decision, but it’s time we got an answer,” he said.

Beijing stopped the practice of obtaining organs from executed prisoners in 2015 – its major source for decades – leading to concerns over whether there would be enough donors to meet the transplant needs of the world’s most populous country.

According to the Chinese health authorities, fewer than 10,000 people donated their organs in total from 2010 to 2016 – but more than 1.5 million patients need a transplant every year.

The proposed clinical trials are part of a national xenotransplantation project involving more than 10 research institutes and funded by the central government.

They include the Fourth Military Medical University run by the People’s Liberation Army in Xian, Shaanxi; the Chinese National Human Genome Centre in Shanghai; the Chinese Academy of Agricultural Sciences in Beijing; and the Second People’s Hospital in Shenzhen.

Pig organs are considered the best animal candidate for transplants to humans because they are most similar in terms of size and metabolism. In recent years, researchers from around the world have achieved a series of breakthroughs using pig organs in xenotransplantation.

A baboon survived for nearly three years on a pig’s heart at the National Institutes of Health in the United States, according to a report by Science magazine last year.

Similar animal experiments involving other organs – lungs, kidneys and livers – have been conducted in Europe, South Korea and Japan.

In China, a team in Xian successfully transplanted a pig’s liver into a monkey in November. It said the monkey’s blood had entered the pig’s liver and came out filtered and clean.

Tao Kaishan, a xenotransplantation scientist at the Fourth Military Medical University who was involved in the experiment, told state-run China Youth Daily that the team expected to be able to use pig livers in human transplants by around 2019. He is also involved in the national project.

Pig cornea transplants are already being carried out in China. Since 2010, more than 100 patients have had their eyesight restored with the surgery, which costs around 30,000 yuan (US$4,500), according to Chinese media reports.

Corneas, or eye tissues, do not contain blood vessels, which reduces the risk of rejection when they are transplanted. But this is not the case for organ transplants, which carry a greater risk of the body rejecting them.

It could also enable scientists to genetically modify pigs so that certain genes are removed to prevent the human immune system from rejecting the organs immediately after transplant surgery.

In recent years, China has produced more of these genetically modified pigs than any other country. Shenzhen biotech institute BGI produces 500 cloned piglets annually, according to a BBC report. BGI is the world’s first industrial pig-cloning plant.

Other such farms in China are not as big as BGI, but together they produce about 1,000 cloned pigs a year, according to a researcher who works in a cloning facility run by the Ministry of Agriculture to develop organs for transplants.

“This is unmatched by any other country. The world will eventually depend on China for organs,” said the researcher, who asked not to be named because of the sensitivity of the matter.

But cloning – which involves inserting cell nuclei containing the modified genes into eggs and implanting them in a sow’s womb – is hard work that requires both time and skill.

“It can take one to three years of intensive training to get a lab worker up to speed on cloning,” the researcher said.

Moreover, cloning has a high failure rate. Out of 100 embryos, only one to three will eventually produce a healthy piglet, according to the researcher.

Zhang Jun, a researcher at the State Key Laboratory of Reproductive Medicine in Nanjing, agreed, adding that cloning difficulties made producing pig organs a slow and costly process.

But another researcher in Beijing said most scientists believed transplanting pig organs to humans was still a long way off – and certainly would not happen within the next couple of years.

Experiments that had already been conducted were mostly done on genetically modified hosts, such as monkeys, with artificially muted immune systems, according to the researcher, who also declined to be named, from the Institute of Zoology at the Chinese Academy of Sciences.

“We definitely can’t do this with humans yet – the human immune system can easily recognise and attack organs even when they’re from other humans,” she said. “Pig transplants will take some time, maybe years or even decades.”

Zhao from Nanjing Medical University acknowledged that genetically modified pig organs were currently a 50 per cent match for human organs. He said while an organ transplant from a pig to a human might not be immediately rejected, there was still the risk of side effects such as inflammation in the long term.

But for patients waiting for a human organ to become available, Zhao said, pig organs could be their only hope – and further progress on the technology depended on clinical trials. 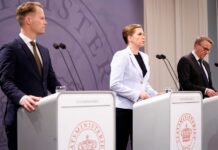 Denmark plans to allow US troops on its soil