BEIJING/SHANGHAI (Reuters) – Mainland China reported no new locally transmitted coronavirus cases outside the epicenter of Hubei province for the second day running on Monday, but a top Communist Party official warned against people dropping their guard.

China had 40 new confirmed cases of coronavirus infections as of Sunday, the National Health Commission said, down from 44 cases a day earlier, and the lowest number since the health authority started publishing nationwide data on Jan. 20.

Of the new cases, 36 were in Wuhan, the provincial capital of Hubei, and four in Gansu province in people arriving from Iran.

Chen Yixin, secretary general of the Communist Party’s Politics and Law Commission, said no one should drop their guard.

“We must stay cautious, not be blindly optimistic and must not have war-weariness,” Chen said. “We should not reduce the vigilance against the epidemic and the requirements of prevention and control.”

The coronavirus emerged in the central province of Hubei late last year. The new cases on Sunday brought the total accumulated number of cases in mainland China to 80,735.

While the domestic spread of the virus has significantly slowed in recent days, authorities are mindful of risks stemming from people – foreigners and Chinese nationals – traveling back to China from new hotspots abroad.

Zhong Nanshan, head of the National Health Commission’s team investigating the outbreak, said it would persist globally until at least June, media reported.

In China’s capital of Beijing, officials have urged foreigners in the city to avoid unnecessary travel.

Shanghai stepped up airport screening over the weekend as worry about imported infections from countries such as Italy and Iran grew.

China’s foreign ministry on Monday established a 24/7 emergency center to coordinate efforts to limit the number of imported cases.

Chen acknowledged that while the outbreak in Wuhan was improving, epidemics may bring risks to social stability.

Public facilities were nevertheless trying to return to normal.

Wuhan’s Tianhe International Airport said it was training staff, maintaining equipment and carrying out security inspections. It did not give a date for reopening.

“The abnormal status, triggered by the coronavirus, has affected us for almost 50 days now,” said the commentary. “The country’s economy, companies’ development, and people’s livelihood cannot afford to wait any longer.”

On Monday, media reported an unusually long line of workers living outside the city waiting up to two hours for health checks at a highway checkpoint, raising the risk of contagion.

“The situation need to be fixed immediately!” Hu Xijin, chief in editor of the state-backed Global Times, wrote on his official Weibo account.

As of Sunday, 58,600 patients had been discharged from hospital in China. Recently discharged patients have to go into quarantine for 14 days.

On Saturday, a small hotel used to quarantine people under observation in Fujian province collapsed, killing 12, while 20 had yet to be rescued.

China has called for safety inspections of all venues used for quarantine, according to a statement published by the Ministry of Emergency Management on its website.

The death toll from the outbreak in mainland China reached 3,119 as of the end of Sunday, up 22 from the previous day.

Total deaths outside mainland China have surpassed 500, with most in Italy and Iran. Cases are increasing in other countries, including the United States. 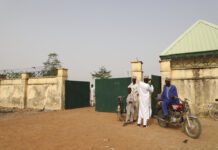 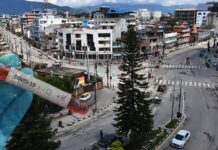