BEIJING: China has armed military outposts in the South China Sea, a top US military official says, and is giving its coast guard more firepower, in what may be an attempt to take advantage of the world’s preoccupation with the Ukraine war.

China has fully militarised at least three of several islands it built in the South China Sea, said Admiral John Aquilino, the US Indo-Pacific commander, in a recent Associated Press interview.

Construction has apparently been completed on missile arsenals, aircraft hangars and radar systems on the Mischief, Subi and Fiery Cross reefs, Aquilino said.

These are the so-called “big three” reefs in the South China Sea. “The function of those islands is to expand the offensive capability of the PRC (People’s Republic of China) beyond their continental shores,” Aquilino said.

“They threaten all nations who operate in the vicinity and all the international sea and airspace,” he said.

China claims territorial and jurisdictional rights over virtually all of the South China Sea. A Hague tribunal denied these claims in 2016. But the ministry of foreign affairs officials here dismissed the decision as “waste paper”.

Beijing is also expanding the China Coast Guard, which patrols both the East China Sea and the South China Sea. The People’s Liberation Army Navy is transferring 20 or so Type 056 corvette warships to the coast guard, according to a report recently cited in the Communist Party-affiliated Global Times.

The corvettes, designed to defend coastal waters, are equipped with rapid-fire guns and anti-aircraft missile systems.

“Their offensive capabilities are higher than those of Japan Coast Guard patrol vessels,” a Japanese government source said. “They are expected to be mainly deployed to the South China Sea, but pressure will also increase in the waters surrounding the Senkaku Islands.”

Earlier this month, China’s J-20 stealth fighter had a close encounter with America’s F-35 fighter over the East China Sea.

Tensions are mounting between China and its neighbours. The Philippine Coast Guard on Sunday accused the China Coast Guard of risking a ship collision in early March.

The incident occurred near the South China Sea’s contested Scarborough Shoal, which is under China’s de facto control.

“The behaviour of the involved CCG vessels increased the risk of collision with four of our capital ships,” said Admiral Artemio Abu, the Philippine Coast Guard commandant, in Sunday’s statement. There have been four reported “close distance manoeuvring” incidents involving China Coast Guard vessels in the area since May 2021, the statement said.

Beijing is ratcheting up its objections to “interference” by American forces. The US held more than 100 large-scale military exercises in the South China Sea area in 2021, the Global Times reported Monday — more than in 2020 and 2019.

The piece quoted Chinese military expert Song Zhongping as saying that American military is worried about the narrowing gap in combat capabilities with the People’s Liberation Army.

Some military analysts say China is moving to fill what it sees as a power vacuum developing in Asia amid the Ukraine conflict. Beijing flexed its muscles in the East China Sea and the South China Sea in 2020 while the world was distracted by the coronavirus pandemic.

China that April approved the establishment of the Xisha and Nansha districts as subdivisions of the city of Sansha on Hainan Island. In doing so, it in effect declared sovereignty over disputed islands in the South China Sea.

In July 2020, the Chinese military took the unusual step in holding simultaneous drills in the East China Sea, the South China Sea and the Yellow Sea. China also test-launched ballistic missiles that summer. 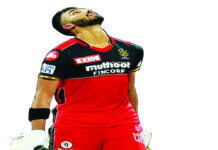 Pope and closest aides do not have coronavirus: Vatican 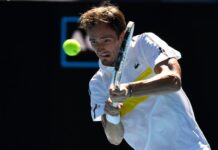