“These figures should convey peace of mind to the country,” Health Minister Enrique Paris told journalists as he announced the outcome of two months of vaccination in Chile, in February and March.

The results were obtained from a comparison between vaccinated and non-vaccinated people – a sample size of some 10.5 million in total – in the country that has led the pack in its vaccine rollout.

The government wants to inoculate 80% or 15.2 million of its population.

By Friday, the country had succeeded in giving at least one vaccine dose to 7.6 million people, and both doses to more than 5 million – about a third of the target population.

It kicked off its campaign on Christmas Eve last year with medical personnel, followed by the wider population from February, starting with older citizens.

Coronavac made up 90.7% of Chile’s vaccine arsenal, with the remainder receiving the Pfizer/BioNtech jab. 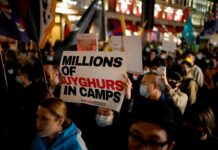