GUANGZHOU, China (Reuters) – China’s southern city of Guangzhou is at the heart of plans to link a cluster of cities in the Pearl River Delta, including Hong Kong and Macau, into a Greater Bay Area rivaling Silicon Valley and Greater Tokyo as an economic hub by 2035.Sprawling over 56,000 sq km (21,600 sq miles) with a population of more than 70 million, the Greater Bay Area is the centerpiece of a drive by China’s ruling Communist Party to establish a hub of advanced manufacturing and technology.

Guangzhou, a city of 14 million, is no stranger to the disruption brought about by breakneck economic change, and retains a strong sense of traditional identity.

Once China’s only port open to foreign trade, Guangzhou prides itself on being a bastion of southern Chinese culture and thought. It has thrived since China opened itself to the outside world in the late 1970s, cementing its position as one of the country’s most important manufacturing hubs.

Wealth has transformed the city’s downtown, where skyscrapers dominate the skyline. The most prominent is the 604-metre (1,980-ft) -tall Canton Tower, where newlyweds flock to shoot wedding photographs, as tourists look on.

But the city also encapsulates the disparities of modern China. Within sight of the gleaming central business district lie the remains of Guangzhou’s “urban villages”, such as Xiancun (pictured).

While Xiancun’s cramped streets once offered affordable homes for migrants drawn to Guangzhou’s prosperity and opportunities, it is now being swept away by redevelopment.

Life on the city’s fringes can be hard, with house prices among China’s highest and poorer elderly residents forced to sort rubbish to earn a living.

Still, much of traditional life remains.

Older citizens practise ‘tai chi’ and dance together for exercise and companionship in the public spaces.

By evening, hawker stalls and small massage parlors light up dim alleys that come alive with chatter and beer drinking as friends try to beat the sultry summer heat.

Laborers lounge in pushcarts while young professionals zip by on the colorful shared bikes that crowd China’s cities.

But Guangzhou’s economic growth has started to slow, along with the rest of the country.

As rising labor costs and competition across Asia chip away at south China’s manufacturing advantage, the ruling Communist Party hopes its drive for more advanced production and research will push the Greater Bay Area towards new wealth.

The area has a combined gross domestic product of about $1.5 trillion, roughly equivalent to that of Australia or South Korea. 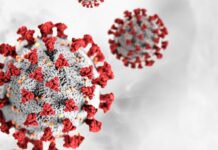 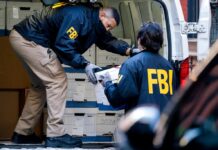 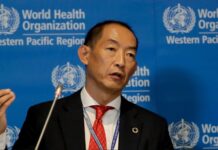 WHO Tells Asia-Pacific To Brace For Omicron As Variant Spreads