BEIJING (Reuters) – Chinese President Xi Jinping on Tuesday called for the implementation of reforms but offered no new specific measures in a highly anticipated speech that marked the 40th anniversary of China’s move towards market liberalisation.

In a speech lasting nearly an hour-and-a-half, Xi called for support of the state economy while also guiding the development of the private sector, and said China will expand efforts at opening up and ensure the implementation of major reforms.

Xi was speaking on the day China marked as the 40th anniversary of the start of late leader Deng Xiaoping’s campaign of “reform and opening up,” which led to explosive industrial growth that made China’s economy the world’s second-largest.

“Opening brings progress while closure leads to backwardness,” he added.

“Every step of reform and opening up is not easy. In the future, we will be inevitably faced with all sorts of risks and challenges, and even unimaginable tempestuous storms,” said Xi, stressing the role the ruling Communist Party.

Xi was speaking amid mounting pressure to accelerate reforms and improve market access for foreign companies as a bitter trade war with the United States weighs on the Chinese economy.

China’s heavy support of its sprawling state sector has been a point of contention with the United States.

The trade war has spurred some Chinese entrepreneurs, government advisers and think tanks to call for faster economic reforms and the freeing up of a private sector stifled by state controls and struggling to gain access to credit.

Xi and U.S. President Donald Trump agreed early this month to a 90-day truce in the trade dispute, which halted the threatened escalation of punitive tariffs while the two sides continue negotiations.

In his speech, Xi enumerated the accomplishments of China’s development.

“Grain coupons, cloth coupons, meat coupons, fish coupons, oil coupons, tofu coupons, food ticket books, product coups and other documents people once could not be without have now been consigned to the museum of history,” he said.

“The torments of hunger, lack of food and clothing, and the hardships which have plagued our people for thousands of years have generally gone and won’t come back.”

Numerous luminaries in attendance were cited for their contributions to China’s economic reforms including the heads of online giants Alibaba, Tencent Holdings and Baidu and carmaker Geely Automobile Holdings. 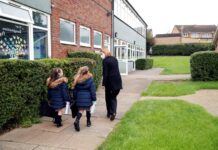 Thousands of Myanmar villagers set to flee to Thailand

﻿Maduro faces next term in a hobbled, isolated Venezuela