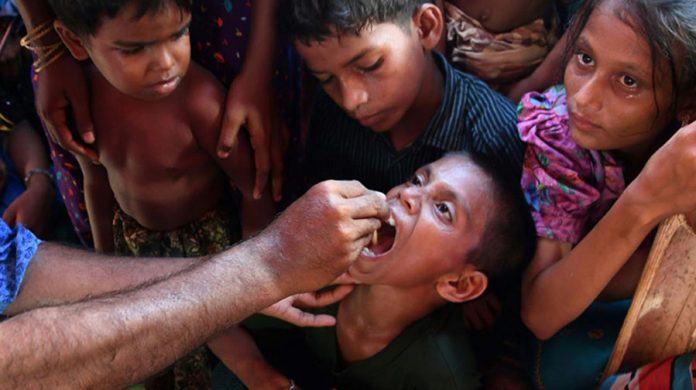 Bangladeshi government, UN agencies, and a number of NGOs have launched a massive vaccination campaign in Bangladesh’s Cox’s Bazar to save hundreds of thousands of Rohingya refugees from the spread of cholera outbreak.

Bangladesh’s Ministry of Health, supported by The World Health Organization, UNICEF and other NGOs, distributed oral vaccine to 88,000 Rohingya on Tuesday in a large-scale campaign that aims to vaccinate 650,000 people in the next three and a half weeks.

It is the second-largest oral vaccination campaign in

the world, after another in Haiti last year. It will involve 900,000 doses of vaccine.

A second phase of immunisations, which is expected to begin November, aims to immunise 250,000 children between the age of one and five.

Although no cases of cholera have been officially recorded, the vaccination campaign is a precautionary measure to prevent a full-on breakout.

However, at least 10,292 cases of diarrhoea, which are symptomatic to cholera, have been diagnosed by the WHO so far.

Paranietharan said the WHO will have lab results as soon as next week, which will likely confirm cholera’s presence in the refugee camps.

The conditions in the camp are alarming: it’s wet, muddy and overcrowded. There is also a shortage of clean water and sanitation.

Most of the refugees are living on one meal a day and torrential rains, followed by relentless heat waves, have further complicated their conditions.

The United Nations High Commissioner for Refugees (UNHCR) has urged for precautionary measures to avoid the outbreak.

Leonard Doyle,  spokesperson for the International Organization for Migration, echoed the warning.

The disease often strikes regions steeped in conflict that lack sanitation and where malnutrition runs rampant. Cholera can be fatal within hours if untreated.

The vaccination campaign is a step in the right direction, but Al Jazeera’s  Mohammed Jamjoom, who is currently reporting the situation from Cox’s Bazar, stressed Bangladesh security forces and NGOs are facing mounting difficulties.

Our correspondent said that many Rohingya are relieved an immunisation campaign is under way but emphasised more needs to be done to counter a full-scale epidemic.

More than half a million Rohingya have fled ethnic violence in Myanmar’s Rakhine State in the past six weeks, and roughly 2,000 continue to trickle across the border every day. 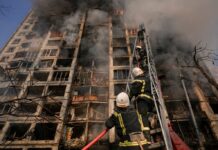 U.N. warns of worst food harvest in North Korea in a...