By TRN Online, Kathmandu, Oct. 3: Cinema halls across the nation, which have been shut for the last one and a half years due to the COVID-19 pandemic, are finally reopening from October 11 after a long wait.

The government had given permission to open the cinema halls starting from August 31 by following the health and safety standards.

Madhusudan Pradhan, Chairman of the Federation of Nepal Film Entrepreneurs, said, “The Nepal Film Producers’ Association are preparing to release the films on September 11 in the first phase in all movie halls across the nation.”

“More decisions are to be taken. However, in the first phase, movie theatres would be showing Nepali movies,” said Pradhan.

Although the government had already permitted the resumption of movie halls, it took us a month to clean and renovate the theaters to finally welcome our audiences, he said.

“As only a few movies were made during the COVID-19 pandemic, more movies will be released on the upcoming days on the basis of the presence of audiences in the cinema halls” added Pradhan.

The federation has informed that discussions were being held between hall operators, movie distributors, Filmmakers’ Association, Society of Film Directors, and Film Artistes Association of Nepal to take the movie industry forward in a strategic manner.

The COVID-19 pandemic has created a major upheaval over the movie industry. Keeping in view that they might bear losses of millions if the viewers do not visit cinema halls after the release of movies, the movie entrepreneurs are preparing to introduce various strategic programmes to ensure the customers that the movie halls are safe.

Meanwhile, Dayaram Dahal, Chairman of Film Development Board, has said that relief of Rs. 500,000 would be provided to movies that are to be released.

Owing to the pandemic restrictions, over 200 movie halls nationwide were completely shut in the past one and a half years. Similarly, 21 movies are awaiting release dates, said the Federation. 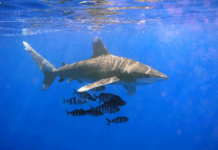 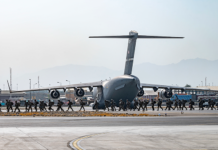 US deployed helicopters to rescue 169 Americans in Kabul operation