KERCH, Crimea (Reuters) – Hundreds of residents in the Crimean port city of Kerch commemorated on Friday the victims of a college mass shooting in which an armed teenager killed 20 people, mostly his fellow pupils, and injured dozens more.

The suspected attacker was found dead from a self-inflicted gunshot wound after Wednesday’s attack, which recalled shootings at schools in the United States.

Mourners laid flowers and wept as they filed past closed coffins, set out on a public square in the centre of the small city of 146,000 people.

“This is a terrible tragedy for Kerch, for such a small city,” said Galina Pesklyonova, 62.

Some residents wore only black and clutched portraits of the victims.

Vadim Vlasyuk, 18, who escaped the attack, said he was unsure if he would be able to return to the college.

President Vladimir Putin on Thursday blamed the attack on globalisation, saying a problem that began in the United States had spread around the world through online communities on the Internet.

The attack prompted calls for the security services in Russia to have greater control over the Internet.

Russia annexed the Black Sea peninsula of Crimea from Ukraine in 2014. 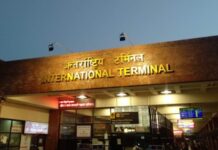