CIZHONG, China (Reuters) – Ruanna, a 77-year-old Tibetan woman living in a remote Chinese village overlooking the Mekong river, says her Catholic faith has never been in doubt. “Since birth, I have attended church and read holy scriptures in Tibetan,” Ruanna said in her home of Cizhong, where Christmas celebrations are on par with Lunar New Year festivities.

Despite the devotion of older Catholics, church leaders and

“There is a real crisis of faith at this time. Basically no young people are joining,” Yao Fei, the village priest, told Reuters. “It’s something that makes me really anxious.”

Cizhong – a six-hour drive from the tourist magnet of Shangri-la in Yunnan province – has been predominately Catholic since the 19th century when French missionaries built a church and converted Tibetan Buddhist residents.

Yao, a Beijing-trained priest sent to Cizhong in 2008, said he had hoped to set up classes to spark interest in the Bible and Jesus. But he found a younger generation more interested in smartphones and playing video games.

Yao said his plans were also stymied by government restrictions on religious teaching for children, as well as regular checks by officials on church activities.

“The government also has some restrictions, not allowing us to preach to young people… because they never approve of the church growing,” Yao said.

Residents of Cizhong have for centuries blended their Tibetan, Chinese and Catholic identities.

The decorations in Ruanna’s living room are a patchwork of icons, from crosses and images of Jesus to traditional Tibetan scarves and pictures of Xi.

Around 200 mostly elderly villagers gathered for Christmas morning mass on Tuesday, followed by a cream birthday cake for Jesus and rounds of Tibetan dancing. It was a lower turnout than in previous years, villagers said.

Catholic traditions in the village are being eroded by politics and economic development, some villagers and Yao said.

Outside Cizhong’s Catholic church, a red banner urges people to “listen to what the party says, be grateful for the party’s kindness, and follow the party”.

“Families are encouraged to have at least one member to join the Communist Party,” said Tibetan hotel owner Hong Xing, a Catholic. “The party member in family has the responsibility to supervise and educate others.”

Government investment in hydropower dams on the nearby Mekong river and housing blocks for out-of-town workers have also disrupted the rhythms of local life, Yao said.

“The living standards of villagers have been getting higher in recent years, (but) they are starting to be less devout,” Yao said.

“There are more villagers who don’t want to come to prayers or to church. They want to live it up at home,” he said. 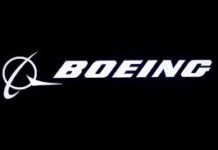 Boeing to pay $2.5 billion to settle U.S. criminal probe into...