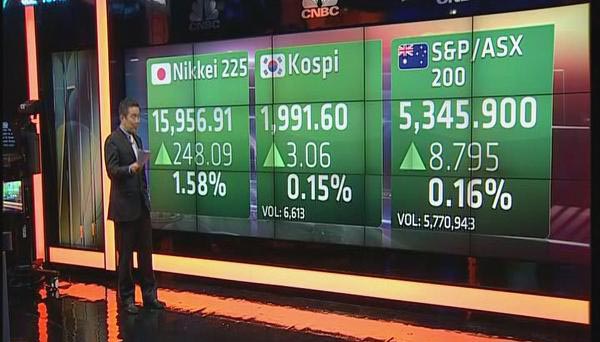 KATHMANDU – The dollar rebounded from a 2-1/2-year low on Wednesday, and Asian stocks indicated from Wall Street’s higher close.

The dollar index .DXY, which tracks the greenback against a basket of six major peers, edged up 0.1 percent to 92.317.

The dollar rose 0.1 percent to 109.8 yen On Tuesday, after slumping to a 4-1/2-month low versus the safe haven currency, the greenback closed up 0.5 percent.

The yen tends to benefit during times of geo-political or financial stress as Japan is the world’s biggest creditor nation and there is an assumption that Japanese investors will repatriate funds in a crisis.

Markets seemed to be dismissing North Korea’s statement on Wednesday that the test was a first step in military action in the Pacific to “contain” the U.S. territory of Guam.

Reports of the launch by North Korean media were lacking the usual boasts of technical advances, indicating the test may not have accomplished its intended goals.