“Now more than ever, Kim Jong-un is isolated and feeling the pinch from the strongest set of sanctions ever passed by the UN Security Council,” the US envoy to United Nations said

President Donald Trump’s trip to Asia shows the US is ready to lead again, while the visit also helped strengthen the global community’s commitment to address security threats posed by North Korea and promote a free and open Indo-Pacific, US Ambassador to UN Nikki Haley has said.

“President Trump’s recent trip to Asia showed that America is ready to lead again in this crucial region of the world. That includes standing strong with our friends and allies, calling out those who threaten us, and looking out for the best interests of the American people and American businesses,” Haley said. Trump’s visit helped strengthen the international community’s commitment to addressing the security threats posed by North Korea and its lawless regime, she said a day after the president returned from a nearly two-week Asia trip.

“Now more than ever, Kim Jong-un is isolated and feeling the pinch from the strongest set of sanctions ever passed by the UN Security Council,” she said. The President made strides in each country he visited to promote a free and open Indo-Pacific region that will benefit the economies and political stability of the region, she said. “Finally, President Trump stood up for American prosperity by promoting fair trade and new investments that will lead to new jobs for hard-working Americans,” Haley said.

In a fact-sheet, the White House said Trump’s trip to five Asian nations strengthened existing relations and advanced high-standard rules that will enable regional development and prosperity. “President Trump hosted a trilateral meeting with Prime Minster Turnbull of Australia and Prime Minister (Shinzo) Abe of Japan, which was followed by a bilateral meeting between President Trump and Indian Prime Minister Modi. Representatives at the working level from all four countries met to discuss issues related to the Indo-Pacific,” it said.

During his trip through Asia, Trump secured new projects and deals that will bring investment back to the US and employ American workers, the White House said. He also advanced fair trade between the US and its partners in Asia, working to end years of one-sided and unbalanced trade that has left too many Americans behind. “While visiting Japan, the Republic of Korea, China, Vietnam, and the Philippines, Trump reaffirmed his commitment to promoting prosperity, development, and security in the Indo-Pacific region,” the White House said.

“In Japan, the two nations launched the Strategic Energy Partnership, which supports universal access to affordable and reliable energy, and agreed to cooperate to offer high-quality infrastructure investment options in the Indo-pacific region,” it said. “In South Korea, Trump delivered a clear message that the alliance between the United States and the Republic of Korea will be strengthened and grounded in shared values and mutual trust, the White House said. 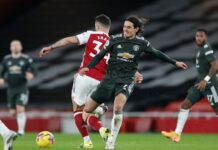 No sign of arson in Notre-Dame blaze as nation grieves for... 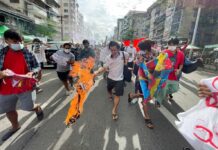