Led by St. Michael’s Hospital of Unity Health Toronto, the new review and meta-analysis looked at 28 studies from seven countries that included 20,897 children aged one to 18 years of age.

All of the studies had investigated the relationship between children drinking cow’s milk and the risk of being overweight or obese.

The findings of the analysis, published in The American Journal of Clinical Nutrition, showed that 18 of the 28 studies suggested that children who drank whole milk were less likely to be overweight or obese than kids who drank reduced-fat milk.

The researchers added that among the children who drank whole milk, the risk of being overweight or obese was 40% lower than among the reduced-fat milk drinkers.

The researchers say the findings go against Canadian and international guidelines, which currently recommend that children consume reduced-fat cow milk, instead of whole milk, starting at age two to reduce the risk of obesity.

“The majority of children in Canada and the United States consume cow’s milk on a daily basis and it is a major contributor of dietary fat for many children,” said lead author Dr Jonathon Maguire.

“In our review, children following the current recommendation of switching to reduced-fat milk at age two were not leaner than those consuming whole milk.”

He says that the next step in the research would be to carry out a randomised controlled trial to establish the cause and effect of whole milk and lower risk of obesity.

“All of the studies we examined were observational studies, meaning that we cannot be sure if whole milk caused the lower risk of overweight or obesity.

“Whole milk may have been related to other factors that lowered the risk of overweight or obesity,” he said.

“A randomised controlled trial would help to establish cause and effect, but none were found in the literature.” – AFP Relaxnews 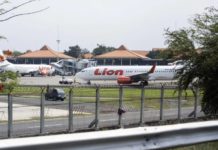 Be careful in China, US warns its citizens