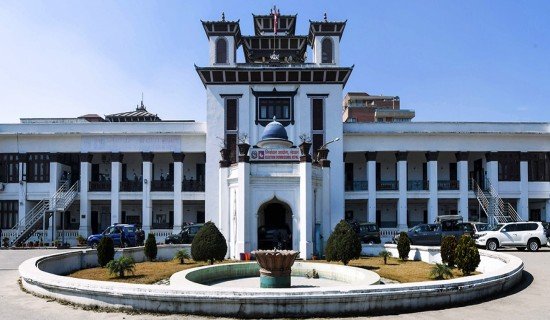 Kathmandu, May 18 (RSS): The Election Commission has directed the bodies concerned to carry out the vote-counting task maximum within five days of its commencement.

It has also urged the stakeholders concerned to refrain from aggravating the dispute by turning minor issues in the vote-counting into a major issue, creating a problem demanding a recount of votes at the time when the final results of the vote count are about to be announced and from seeking to have a recount of votes in case of the narrow margin of votes between candidates just when the counting is over and the results are to be announced, as these sorts of activities create obstructions in the counting of votes in the stipulated time.

Issuing a press release today, EC’s spokesperson and joint secretary Shaligram Sharma Poudel stated that in the context of the overall responsibility of conducting, overseeing, controlling and directing the elections at various levels lying with the Election Commission as per the Constitution, and there being no any confusion about this, the Commission’s serious attention has been drawn towards news carried by some media with the intention of a differing meaning.

The Election Commission has likewise appealed to the political parties, the election candidates, their representatives and the employees at various vote counting centers to internalize in a realistic manner everybody’s wish that the vote-counting is concluded on the designated time as far as possible and have it done in an expeditious manner in keeping with this aspiration.

Protests flare in Bangladesh over killing of university student

20 killed on temple trip in Thailand as bus, train collide